What are National Parks?- Definition, History, Objectives, Importance and more

Recently, the Assam government has approved the addition of 30.53 sq km that is 3,053 hectares to Kaziranga National Park of 884 sq km. What are the implications and significance of the move? What are National Parks? Importance of National Parks, its history, etc.? Let us read in detail. 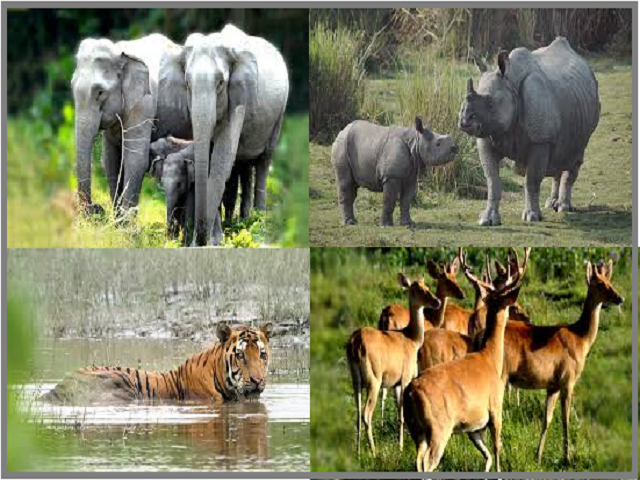 As the Assam government has approved the addition of 30.53 sq.km to the 884 sq.km Kaziranga National Park. Nagaon and Sonitpur are the two additional straddling districts that would make the larger Kaziranga National Park and Tiger Reserve (KNPTR) grow to 1085.53 sq. km. The addition of vulnerable areas includes encroachment-evicted areas and suitable wildlife habitat on river islands or sandbars.

According to KNPTR director P. Sivakumar, the significance of the move is to consolidate the wildlife areas anticipating better wildlife conservation and reduction in human-wildlife negative interactions in the future.

It will provide connectivity to Orang and Nameri National Parks across the river Brahmaputra. This is the area beside the hills of Karbi Anglong to the south of the park. Here, rhino, tiger, deer, and other animals take refuge during the floods. It will help in the conservation of wildlife and reduction in human-wildlife negative interactions in the future.

What are National Parks?

For the conservation of the natural environment, these areas are generated and set up by the Government of India. It has more restrictions as compared to the wildlife sanctuary. Their boundaries are also fixed. The main purpose of a national park is to protect the natural environment of the area and conservation of biodiversity. Also, to promote education and recreation. In India, National Parks are IUCN category II protected areas. In 1936, the first National Park in India was established as Hailey National Park. Now, it is known as Jim Corbett National Park, Uttarakhand.

- In order to perpetuate, to manage the area as a natural means. Examples of physiographic regions, biotic communities, genetic resources, and unimpaired natural processes.

- To contribute to the conservation of wide-ranging species, regional ecological processes, and migration routes.

- To maintain viable and ecologically functional populations. In the long term, to conserve the integrity of the ecosystem and resilience and for this assemblage of native species at densities are done.

- For inspirational, educational, cultural, and recreational purposes, to manage visitor use so that it will not cause significant biological or ecological degradation to natural resources.

- To take into account the needs of indigenous people and local communities including subsistence resource use. So far, these will not adversely affect the primary management objective.

- Through tourism, to contribute to local economies.

Let us tell you that Category II areas are typically large and conserve a functioning "ecosystem". And in order to achieve this, the protected area may need to be complemented by sympathetic management in surrounding areas.

Do you know what is allowed in National Parks and what not?

In National Parks, human activity is not allowed. Also, the grazing of livestock and private tenurial rights are not permitted. The species that are mentioned in the Schedule of the Wildlife Act are also not allowed for hunting or capturing purposes. No person can remove, exploit, or destroy any wildlife from a National Park. No person shall allow to damage or destroy the habitat of any wild animal or deprive any wild animal of its habitat within a National Park.

Also, they cannot be downgraded to the status of a 'sanctuary'. Both the Central Government and State governments can declare National Parks. But the alteration of the boundaries of a national park shall be made except on a resolution passed by the State legislature

It is located in the State of Assam, India. The area of this National Park is sprinkled with elephant-grass meadows, swampy lagoons and dense forests are home to more than 2200 Indian one-horned rhinoceros, approximately 2/3rd of their total world population. In 1908, it was formed on the recommendation of Mary Curzon. The Park was declared as a World Heritage Site by UNESCO in 1985.

In 2006, it is also declared as Tiger Reserve due to the increasing tiger population in Kaziranga. It is also recognised as an Important Bird Area by BirdLife International for the conservation of avifaunal species.

Orang National Park is also known as the mini Kaziranga National Park. It is located in the Darrang and Sonitpur districts of the state of Assam at a distance of approx 100 km from the Kaziranga National park. The park is highly enriched in wildlife that consists of one-horned Rhino, tiger, elephant, leopard, deer, etc. It is also famous for bird watching due to the presence of a large number of exotic migratory birds and domestic birds.

The history behind Orang National Park: It has a history of several mixed patterns of habitation. It was inhabited by the local ethnic group in 1900. In 1919, the British Government declared the whole area as Orang Game Reserve. And it was under the control of the State Government Forest Department to fulfill the requirement of Project Tiger of the National Parks.  Finally, in 1999, the sanctuary got the full status of National Park.

It is located in the foothills of the Eastern Himalayas in the Sonitpur District of Assam that is about 40 km from Tezpur and the third national park in Assam. Nameri National Park is a birder's paradise with over 300 species of birds. It also has a population of Sambhar, Barking deer, Hog Deer, Wild Boar, etc. Around 3000 domestic cattle form part of this prey base for Tiger and Leopards.

So, now you may have come to know about the National Park, its objective, and the significance of the new move.