Who is Priyanka Srivastava? All about Indian Origin Woman on NASA's Mars Mission

Priyanka Srivastava is one of the nine Indians who made NASA’s Perseverance Rover land successfully on Mars. She was associated with the mission in the capacity of an engineer. 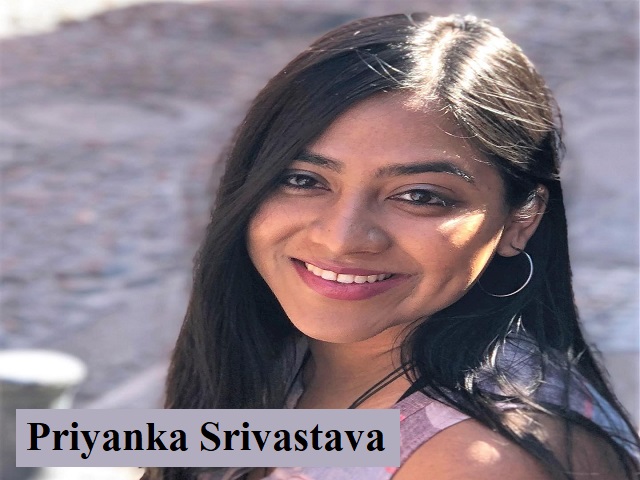 Priyanka Srivastava is one of the nine Indians who made NASA’s Perseverance Rover land successfully on Mars. She was part of the mission in the capacity of an engineer. In her four-year-long stint with NASA, Srivastava has been a part of three previous flight missions.

At present, she is working for the Europa Clipper mission in the capacity of a Project Verification and Validation (V&V) engineer.

She was previously associated with JPL's Earth Science Mission to the International Space Station where she contributed to monitoring carbon data from space. At JPL, she also helped in the development of Model-Based Systems Engineering (MBSE) technologies.

She also conducted tests on the descent stage motor control assembly of the Mars 2020 spacecraft.

The Week quoted Priyanka Srivastava as saying, "I have been extremely lucky to be part of great teams. All my group supervisors have been women. In the Europa mission, for example, there is a 60-40 ratio between men and women. The lead chief engineer in the project is a woman. NASA is also making an effort to bridge the pay gap between men and women."

Who is Priyanka Srivastava?

Although Priyanka Srivastava was born in the US, she was bred in Lucknow. She completed her pre-university education at Mount Carmel School and B.Tech. in Electronics and Communication from Punjab University. She enrolled herself at the University of Michigan in the United States for further education.

Kalpana Chawla as her idol

After watching Kalpana Chawla's space mission news on TV, Priyanka aspired to be an astronaut and took Chawla as her idol. At that time her mother told her to pursue things diligently if she aspires to and refrain from saying things just for fun.

Journey From Lucknow to NASA

The Profession of her Parents

Her journey from Lucknow to NASA was not an easy one, especially for her parents. Srivastava's father, Sunil Srivastava works with an export-oriented private company while her mother works with an insurance company. Despite their busy schedule, the couple managed to not let the education of their girls get affected. Srivastava's younger sister works as a medical professional abroad.

The phase of Financial Difficulty

The family of four went through a phase of financial difficulty in her first semester at the University of Michigan. Her mother stopped spending money on even things like a ‘bindi’ to fund her daughters' education. In her second semester, Priyanka managed to check the copies of undergrad students that brought her some earning.

Sunita Williams as her Guru

In her third semester, a project which she worked on was appreciated by the university and she was sent to Jerusalem where the astronauts from all over the world gathered for the convention. She met Sunita Williams at the event and confessed how she (Williams) is Guru to her. The then President Pranab Mukherjee too was present at the event.

She did her internship with the Denver branch of NASA and was later selected to work in NASA JPL, California, US. She was also a part of the NASA mission to Mars in 2020- Perseverance Rover, operating and analysing the Digital Millennium Copyright Act (DMCA) system of the flight.

NASA’s Ingenuity Mars Helicopter: All you need to know about first and second controlled flight on Mars