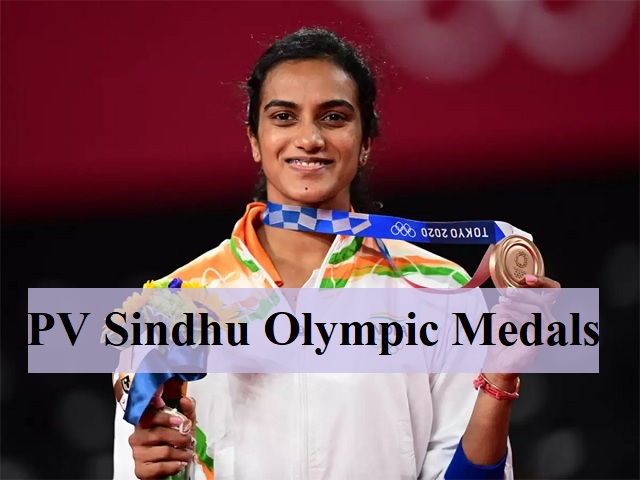 The ace badminton player defeated China's He Bing Jiao in a straight-game win in the women's third-place play-off in the Tokyo 2020 Olympics on 1 August 2021.

Sindhu after winning the bronze medal said, "I'm on cloud nine. Worked hard for so many years. I think I've done really well. I had a lot of emotions going through me - should I be happy that I won bronze or sad that I lost the opportunity to play in the final?"

"Indian fans showed me their love & support and I'm very thankful to each and every one of them. There were really long rallies but I had to be patient & calm. Even though I was leading, I didn't relax," She added.

Elated by her performance at Tokyo 2020 Olympics, President Ram Nath Kovind lauded her for setting a new yardstick of consistency, dedication and excellence.

P V Sindhu becomes the first Indian woman to win medals in two Olympic games. She has set a new yardstick of consistency, dedication and excellence. My heartiest congratulations to her for bringing glory to India.

Prime Minister Modi too congratulated Sindhu on her Olympics win and hailed her as India's one of the most outstanding Olympians.

We are all elated by the stellar performance by @Pvsindhu1. Congratulations to her on winning the Bronze at @Tokyo2020. She is India’s pride and one of our most outstanding Olympians. #Tokyo2020 pic.twitter.com/O8Ay3JWT7q

She is the second Indian after wrestler Sushil Kumar to clinch two individual Olympic medals. Wrestler Sushil Kumar who is currently behind the bars in connection with the murder of a 23-year-old wrestler in New Delhi became the first Indian to win a medal at Olympics. He won the Bronze in 2008 in Beijing and Silver in 2012 in London.

Earlier, she defeated Mia Blichfeldt of Denmark by 2-0 and booked a place for herself in the quarterfinals of Women's singles in the Tokyo 2020 Olympics Badminton.

Sindhu rose to international fame when she won the Asian Championships Bronze medal in 2014. She went on to win Bronze medals at the Commonwealth Games and the Asian Games the same year. It is worth mentioning that she won her first of 5 World Championship medals in 2014.

She clinched the Gold medal in Commonwealth Games in 2018 and followed it up with a historic gold medal at the World Championships in 2019, becoming the first Indian to do so.

Tokyo 2020 Olympics (2020 Summer Olympics): Here's all you need to know about the 'Games of the XXXII Olympiad'