Who is demanding separate Bhil state in India?

The Bhil tribe has been living in India since a very old time. Presently, this tribal community with a population of 1.7 crore is demanding a separate Bhil region. Let us know in this article that people of which place are demanding this separate Bhil Pradesh?

The Bhil is the name of a tribe of Central India which is mainly spread in Rajasthan, Gujarat, Madhya Pradesh, Chhattisgarh, Maharashtra, and Tripura. Thus this Bhil tribe is the most widespread tribe in India.

The word Bhil is derived from "Veel" which means "bow" in the Dravidian language. The Bhil tribe is called the "Dhanush Purush of India" because they are very adept in Dhanush learning.

The Bhil caste is divided into two categories-

1. Ujaliya / Kshatriya Bhil: - Ugaliya Bhil is basically the Kshatriya who went into the forests at the time of Mughal invasion.

2. Langot Bhil:- They are the original Bhils living in the forests, their custom is still old. These mainly live in Madhya Pradesh.

In Rajasthan, Rana Poonja Bhil ji is remembered, who along with Maharana Pratap, defeated the Mughals. The portrait of Bhil this warrior is inscribed on the royal insignia of Mewar and Mayo College.

As of 2013, the Bhil community was the largest tribal community in India with a total population of 1.7 crore.

The Occupation of Bhil Community:-

The source of income for the Bhils is agriculture and animal husbandry. Poultry and labour also source of income of this community. The Bhils have knowledge of the manufacturing of handloom products also. 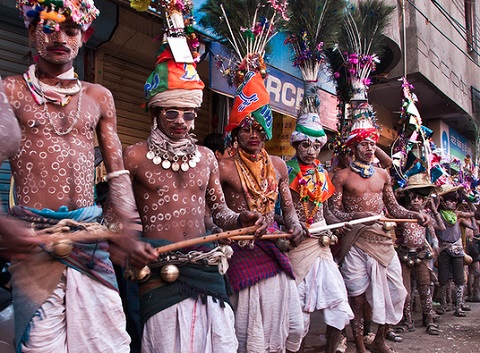 Important people of the Bhil community are as follows;

Why the demand for Bhil state arising?

The demand for creating a separate Bhil state in India is mainly arising from the tribal belt of Rajasthan, Madhya Pradesh and Gujarat. These Bhil people want that migrant people of this community should be brought back to their original place with full dignity. These people also demand that the tribal communities should have first right on natural resources.

There is a demand to make the Bhil state by merging some districts of Rajasthan, Gujarat, Madhya Pradesh and  Maharashtra.

These districts are Dungarpur, Banswara, Pratapgarh in southern Rajasthan, Ratlam, Jhabua, Alirajpur, Dhar, Petlawad, etc. of Madhya Pradesh, while the eastern districts of Gujarat include Panchmahal Godhra, Dahod and Dang while the northern districts of Maharashtra include Nashik, and Dhule.

Possible map of Bhil state is; 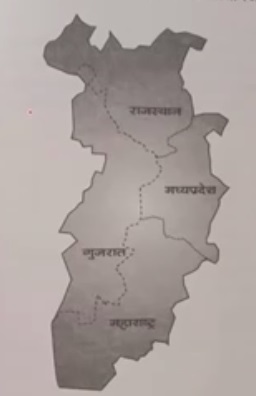 These Bhil people also formed the 'Tribal Party of India' in 2017 to put their demands firmly before the state governments. This party has also won two seats each in Gujarat and Rajasthan Legislative Assembly. Their leader is Chhotubhai Vasava of Gujarat. 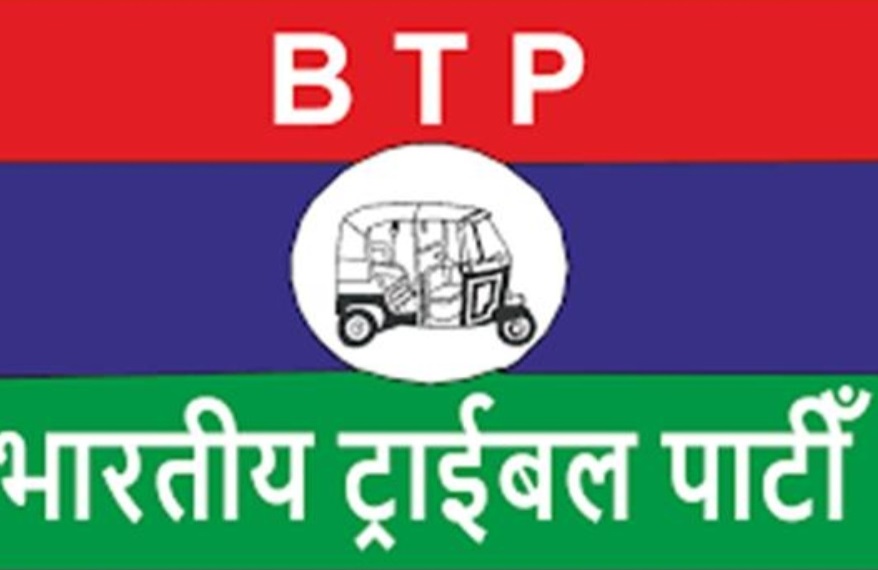 According to the census of India, the country had a Tribal population of 3 crores in the year 1961 which increased to 10.42 crore in the 2011 census, which has a decadal growth rate of 23.7%.

The highest number of tribes lives in Madhya Pradesh i.e. 14.7% of the total percentage of tribes in India followed by Maharashtra (10%) and then in Odisha at 9.2%.

The Bhil Pradesh movement is quite old. The Bharatiya Janata Party has supported the creation of a Bhil Pradesh. Now let us see whether this demand of a separate Bhil state fulfills or not?