Explained: What is Space Rice and why China is sending seeds to space?

Hailed as Rice From Heaven, China harvested its first batch of 'Space Rice' from seeds that went on a lunar voyage with China's Chang'e-5 in November 2020 for a period of 23 days and travelled a distance of more than 7,60,000 kilometres. 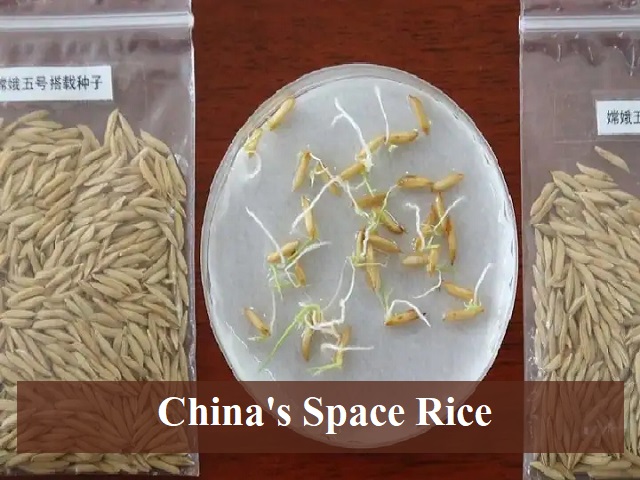 Explained: What is Space Rice and why China is sending seeds to space?

China's Space Rice: China harvested its first batch of 'Space Rice' from seeds that went on a lunar voyage with China's Chang'e-5 in November 2020 for a period of 23 days. The seeds travelled a distance of more than 7,60,000 kilometres.

Post-exposure to cosmic radiation and zero gravity, the seeds weighing 40g returned from space and were harvested at the space breeding research centre of the South China Agricultural University in Guangdong province.

As per the officials, the remaining seeds have been segregated into three parcels and will undergo multiple tests before they are marked edible. The seeds which are now 1 centimetre long will soon be bred in laboratories and later planted in fields, thereby boosting China's breeding industry efficiency.

Since 1987, China has been taking seeds of rice and other crops to space to help them mutate and produce higher yields once planted on Earth. As per a report by Bloomberg, over 200 Space plant varieties, including cotton and tomatoes, have been approved for planting.

According to China's state media reports, the total plantation area for space crops approved in China reached more than 2.4 million hectares in 2018.

Wang Ya'nan, a space analyst and chief editor of Beijing-based Aerospace Knowledge magazine was quoted by Global Times as saying, "Space breeding has always been an unrelenting passion for scientists around the world to study the influence of cosmic rays, and a vacuum, microgravity space environment on organisms from the Earth."

He further added, "With long-term human stays at the space station, researchers are hoping to conduct experiments to test a self-recycling ecosystem in space, which will greatly cut costs and reduce the resources needed for future manned spaceflights. This will support more deep-space explorations, including the building of a lunar research base and manned missions to Mars."

The researchers are of the view that these crops may have a changed genetic structure as they were exposed to cosmic rays and zero gravity. It will lead to further scope in the area of interaction between earth and space and will help the researchers decipher an efficient way to develop a self-recycling ecosystem in space.

Hailed as 'Rice From Heaven' on Chinese social media, this rice will take at least three to four years before entering the market. It aims at boosting China's grain harvest and safeguarding the country's food security for its population of 1.4 billion.

What is China's Artificial Sun? All about EAST, the nuclear fusion reactor and its new record