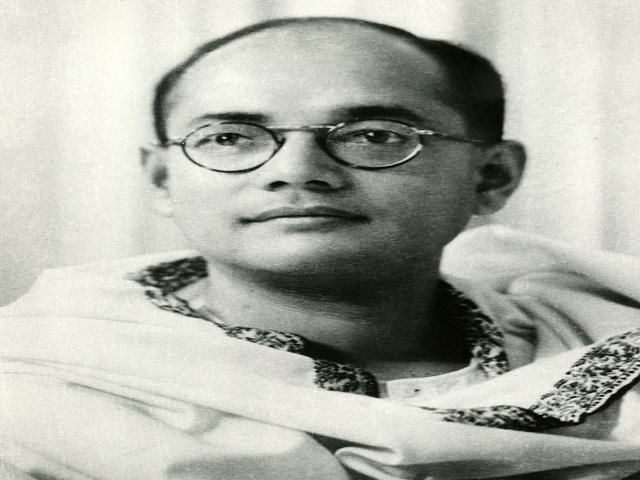 Netaji Subhas Chandra Bose was an Indian Nationalist whose patriotism towards India has left a mark in the hearts of many Indians. He is famously known as the founder of 'Azad Hind Fauj' and his famous slogan is 'Tum Mujhe Khoon Do, Main Tumhe Aazadi Dunga'. Today is the 76th death anniversary of Subhas Chandra Bose.

Netaji Subhas Chandra Bose died on August 18, 1944, in a hospital in Taiwan after suffering from the burn-injuries sustained in a plane crash.

Subhas Chandra Bose is considered the most influential freedom fighter with extraordinary leadership skills and a charismatic orator. His famous slogans are 'tum mujhe khoon do, main tumhe aazadi dunga', 'Jai Hind', and 'Delhi Chalo'. He formed Azad Hind Fauj and made several contributions to India's freedom struggle. He is known for his militant approach that he used to gain independence and for his socialist policies.

Netaji Subhas Chandra Bose was born on 23 January, 1897 in Cuttack (Orissa)  to Prabhavati Dutt Bose and Janakinath Bose. His father was successful lawyer in Cuttack and received the title of "Rai Bahadur". He did his schooling from the Protestant European School (presently Stewart High School) in Cuttack, just like his siblings. He did baccalaureate from the Presidency College. He was influenced by the teachings of Swami Vivekananda and Ramakrishna after reading their works at the age of 16. He then was sent by his parents to the University of Cambridge in England to prepare for the Indian Civil Service. In 1920 he passed the civil service examination, but in April 1921, after hearing of the nationalist turmoils in India, he resigned his candidacy and hurried back to India.

He joined Non-Cooperation Movement which started by Mahatama Gandhi who made INC as a powerful non-violent organization. During the movement, he was advise by the Mahatma Gandhi  to work with Chittaranjan Das who became his political guru. After that he became a youth educator and commandant of the Bengal Congress volunteers. He started the newspaper 'Swaraj'. In 1927, after being released from prison, Bose became general secretary of the Congress party and worked with Jawaharlal Nehru for independence.

In 1938 he was elected president of the Indian National Congress and formed a national planning committee, which formulated a policy of broad industrialization. However, this did not harmonize with Gandhian economic thought, which clung to the notion of cottage industries and benefiting from the use of the country’s own resources. Bose’s vindication came in 1939, when he defeated a Gandhian rival for reelection. Nonetheless, the “rebel president” felt bound to resign because of the lack of Gandhi’s support.

Subhas Chandra Bose and the formation of Forward Bloc

All India Forward Bloc was a left wing nationalist political party in India which emerged as a faction within the India Congress in 1939, led by Subhas Chandra Bose. He was well known for his leftist views in the Congress. The prime objective of the Froward Bloc was to bring all radical elements of the Congress party. So that he could spread the meaning of complete independence of India with adherence of the application of principles of equality and social justice.

An important development in the struggle for freedom during the Second World War was the formation and activities of the Azad Hind Fauj, also known as the Indian National Army, or INA. Rash Behari Bose, an Indian revolutionary who had escaped from India and had been living in Japan for many years, set up the Indian independence league with the support of Indians living in the countries of south-east Asia.

When Japan defeated the British armies and occupied almost all the countries of south-East Asia, the league formed the Indian National Army from among the Indian prisoners of war with the aim of liberating India from the British rule. General Mohan Singh, who had been an officer in the British Indian army, played an important role in organizing this army.

In the meantime, Subhas Chandra Bose had escaped from India in 1941 and gone to Germany to work for India’s Independence. In 1943, he came to Singapore to lead the Indian Independence league and rebuild the Indian National Army (Azad Hind Fauj) to make it an effective instrument for the freedom of India. The Azad Hind Fauj comprised of about 45,000 soldiers, among who were Indian prisoners of war as well as Indians who were settled in various countries of south-east Asia.

What were the reasons behind Indo-Pakistan War and its effects?

On 21 October 1943, Subhas Bose, who was now popularly known as Netaji, proclaimed the formation of the provisional government of independent India (Azad Hind) in Singapore. Netaji went to the Andaman which had been occupied by the Japanese and hoisted there the flag of India. In early 1944, three units of the Azad Hind Fauj (INA) took part in the attack on the north-eastern parts of India to oust the British from India. According to Shah Nawaz Khan, one of the most prominent officers of the Azad Hind Fauj, the soldiers who had entered India laid themselves flat on the ground and passionately kissed the sacred soil of their motherland. However, the attempt to liberate India by the Azad Hind Fauj failed. 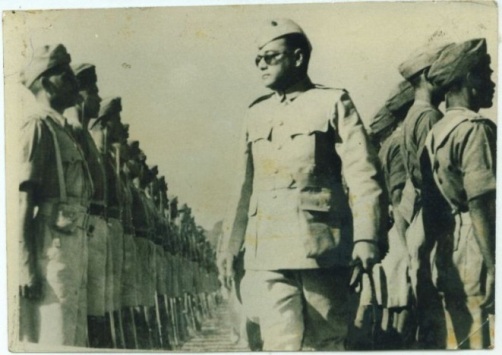 The Indian nationalist movement did not view the Japanese government as a friend of India. Its sympathies were with the people of those countries which had fallen victims to Japan’s aggression. Netaji, however, believed that with the help of the Azad Hind Fauj, supported by Japan, and a revolt inside India, the British rule over India could be ended. The Azad Hind Fauj, with the slogan of ‘Delhi Chalo’ and the salutation Jai Hind was a source of inspiration to Indians, inside and outside the country. Netaji rallied together the Indians of all religions and regions, living in south-east Asia, for the cause of India’s freedom.

Indian women also played an important role in the activities for the freedom of India. A women’s regiment of Azad Hind Fauj was formed, which was under the command of Captain Lakshmi Swaminathan. It was called the Rani Jhansi regiment. The Azad Hind Fauj became the symbol of unity and heroism to the people of India. Netaji, who had been one of the greatest leaders of India’s struggle for freedom, was reported killed in an air crash a few days after Japan had surrendered.

The Second World War ended in 1945 with the defeat of the fascist Germany and Italy. Millions of people were killed in the war. When the war was nearing its end and Italy and Germany had already been defeated, the U.S.A. dropped atom bombs on the two cities of Japan-Hiroshima and Nagasaki. Within a few moments, these cities were burnt to the ground and over 200,000 people were killed. Japan surrendered soon after this. Though the use of the atom bombs brought the war to a close, it led to new tensions in the world and to a new competition for making more and more deadly weapons which might destroy all mankind.