On Sushant Singh Rajput's first death anniversary, friends and family took to social media and penned heartfelt notes to pay their tributes to him. The actor was found dead on June 14, 2020, at his apartment in Mumbai. His death case is still being investigated by the CBI. 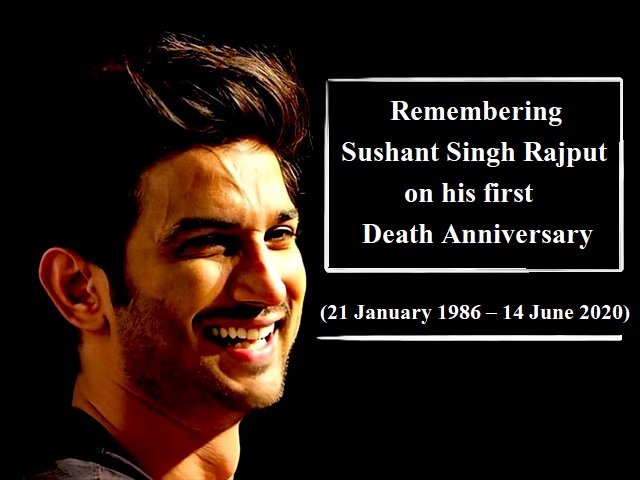 Remembering Sushant Singh Rajput on his first death anniversary: On Sushant Singh Rajput's first death anniversary, friends and family took to social media and penned heartfelt notes to pay their tributes while Ankita Lokhande performed havan. A year later, his death case is still being investigated by the CBI and there has been no development since 2020.

On 14 June 2020, Sushant Singh Rajput was found dead at his Bandra residence. His father K.K. Singh lodged a complaint with Patna Police, naming actress Rhea Chakraborty, Samuel Miranda among others. He also accused Rhea of siphoning off crores from Sushant's bank account. However, the case is still being investigated by the CBI and none of the above-mentioned charges has been proven yet.

Sushant Singh Rajput wrapped up the shooting of 'Dil Bechara' before he died by suicide in June 2020. The movie is the remake of 'The Fault in Our Stars' starring Sushant Singh Rajput and Sanjana Sanghi. On July 6, 2020, the trailer of his last movie was out and the movie was streamed on Disney+ Hotstar on July 24, 2020.

What is World-Anti Nepotism Day and how it is related to Sushant Singh Rajput?

Famous Bollywood actor and TV star Sushant Singh Rajput was also an entrepreneur and a philanthropist.

In 2002, he lost his mother and his entire family moved from Patna to Delhi.  One of his sisters, Mitu Singh is a state-level cricketer.

Sushant Singh Rajput died by suicide on June 14, 2020, after hanging himself in his apartment in Mumbai. In 2015, Sushant's ex-girlfriend Ankita Lokhande publicly slapped him when he was completely drunk and was dancing with other girls at a party. The couple broke up in 2016 after being in a relationship for 6 years. Sushant was rumoured to have been secretly married to Ankita in the year 2015.

As of 2019, Sushant Singh Rajput and Rhea Chakraborty were rumoured to be dating each other.

After the FIR filed by Sushant's father against actress Rhea Chakraborty, the actress moved to the Supreme Court and a CBI probe was ordered by the apex court in the case.

Upon the request of BJP MP Subramanian Swamy for an update on the case in December 2020, the CBI stated that they haven't reached a conclusion and the case is still being investigated.

The CBI stated that they have carried out a thorough investigation in the case using the latest scientific techniques. The CBI officials associated with the case visited Aligarh, Faridabad, Hyderabad, Mumbai, Manesar and Patna to collect evidence and record statements amid the investigation.

The CBI further mentioned that the simulation exercise was also carried out by the experts to get a better idea of the circumstances related to his death.

Doctors at Cooper Hospital were also questioned by the CBI amid the investigation who performed an autopsy on Sushant Singh Rajput. The late actor was rushed to Cooper Hospital, Mumbai after he was found dead and the autopsy was conducted by the doctors post-sunset.

Earlier, Mumbai Police on the basis of medical statements, declared the actor's death as a case of suicide and initially registered Accidental Death Report (ADR) and began investigating it with a suicide angle. A similar investigation was carried out by the Bihar Police upon his father's FIR.

However, both the investigations were stopped when the case was transferred to CBI in the month of August 2020.

AIIMS panel headed by Dr. Sudhir Gupta ruled out any foul play in the case but CBI is yet to declare if it was a murder or suicide.

NCB and ED also probed the case on the drug and money laundering angle. On 8 September 2020, NCB arrested actress Rhea Chakraborty who stayed in Byculla Jail, Mumbai for almost a month and is currently out on bail.

At dance classes, Sushant did really well and was selected as a member of the standard dance troupe. In the year 2005, at the 51st Filmfare Awards, Sushant performed as a background dancer. In the year 2006, he performed with other members of the group at the opening ceremony of the 2006 Commonwealth Games.

Rajput moved to Mumbai and joined  Nadira Babbar's Ekjute theatre group (a known name in Hindi theatre in 1981) and was associated with the group for more than two years. After a TV advertisement for Nestle Munch, Sushant Singh Rajput became a known face.

In 2008, the Balaji Telefilms casting team saw one of the stage plays of Sushant Singh Rajput for Ekjute and was invited for auditions. He was offered the role of Preet Juneja in 'Kis Desh Mein Hai Meraa Dil'. He became a popular face in every Indian household after this role.

In 2009, he starred in the daily soap 'Pavitra Rishta' and played the role of Manav Deshmukh.

In 2010, he participated in the dance reality show 'Zara Nachke Dikha 2' and became part of the  Mast Kalandar Boys Team.

In late 2010, he participated in a dance-based reality show, 'Jhalak Dikhhla Jaa 4' and paired up with choreographer Shampa Sonthalia. In 2011, he quit Pavitra Rishta after two years to pursue a film-making course abroad.

In 2013, Sushant Singh Rajput made his film debut with 'Kai Po Che!' and played the role of one of the leads in the film alongside Rajkumar Rao and Amit Sadh. The same year, he was offered his second Bollywood movie 'Shuddh Desi Romance' alongside Parineeti Chopra and Vaani Kapoor.

In 2014, he played a minor role in 'PK' starring Aamir Khan and Anushka Sharma. The film is one of the highest-grossing Indian films. In 2015, he starred in a lead role in a mystery thriller 'Detective Byomkesh Bakshy!'.

In 2016, he appeared in 'M.S. Dhoni: The Untold Story' in the lead role. The film became one of the highest-grossing films of Bollywood that year.

In 2018, he was seen in 'Kedarnath' alongside Sara Ali Khan.

In 2019, he appeared in two films-- Sonchiriya (opposite Bhumi Pednekar) and Chhichhore (opposite Shraddha Kapoor).