Take a look at the list of top 10 oldest cities of the world which are still inhabited by the human population. Jericho on the West Bank dating back 11000 years to Varanasi from India being 5000 years old, find out all about these cities below.

The civilization is thousands of years old on Earth. With archaeological findings it has been confirmed that the Indus Valley Civilization was the first ever to bring cities and towns into pictures. Many excavations have been done ever since and many cities have been found buried under the Earth as well. The oldest cities of the world are a true heritage and evidence  of man's technical nature and the presence of culture back when we were not even born. Take a look at the oldest cities of the world here.

The ancient cities have a lot stored in their ruins. Many of these are abandoned but have a civilization to be discovered in their sands. The list of such cities is given below.

This city is almost 11000 years old. It was destroyed in around 1500 BC due to an unknown reason. Historians say it must have been the Egyptian invasion or an earthquake that pulled down the city. Archaeologists have found traces of habitation in this city back to 9000 BC.The location of the city is in Jordan river valley with the river flowing in the East and the city of Jerusalem to the West. The dwellings found in this place are as old as 11000 years. It also happens to be the lowest city of the world. It is located at an altitude of 258 metres below the sea level. It has almost 25000 inhabitants even today. 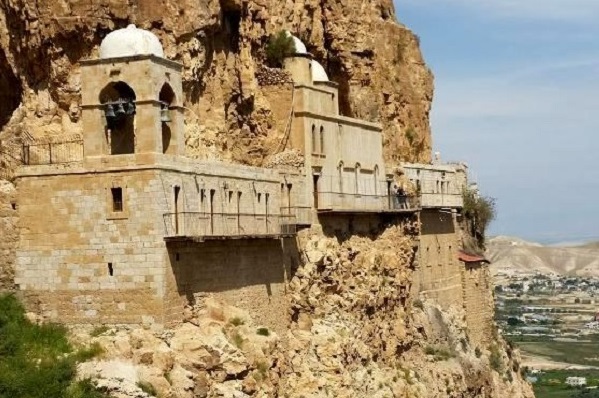 This place is also said to be 11000 years old. This place has seen many civilizations rise and many of them fall. It is the capital of Arab culture and is one of the oldest cities of the world. It was first inhabited in the second half of 7th century BC and has been inhabited ever since. However there has not been much evidence to support its oldest status. It was an important settlement region for the Armameans who were responsible for implementation of modern water systems. This city was also conquered by Alexander. The city is also a part of UNESCO's World Heritage List. 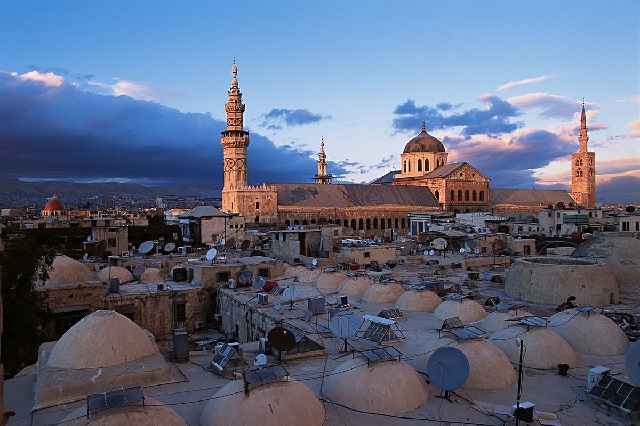 This city is located in the area between the Mediterranean sea and Mesopotamia and happens to be one of the most populous cities of the world with almost 4.4 million citizens living there. The city is almost 8000 years old with a mention in the Paleo-Babylonian times under the name of "Halab''. The ancient site happens to be occupied by the modern city which is why it has not yet been touched by the archaeologists. Hittite controlled the city until 800 BC and then it was passed to Assyrian, Greek and Persian control. It was also occupied by Romans, Byzantines and Arabs, besieged by the crusaders then taken over by the Mongols and the Ottomans. 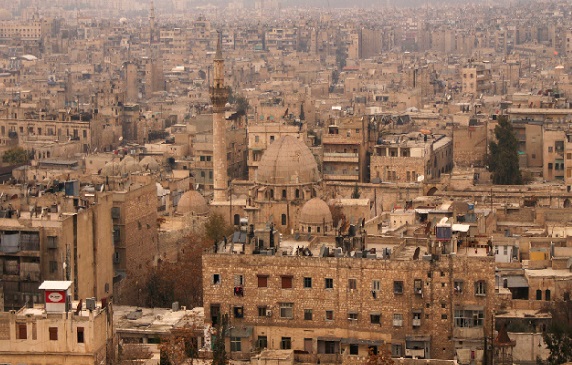 This city was founded as Gebal by the Phoenicians and received its name Byblos by the Greeks. They imported papyrus from this city. For thousands of years this city has been the major exporter of papyrus to Greece. This has been going on since the 4th century BC. In Fact the word Bible is derived from Byblos. The ancient Phoenician temples, Byblos Castle, and the Church of St. John Mark, built by the Crusaders are the sight to watch in the city . It also is home to medieval old town walls. 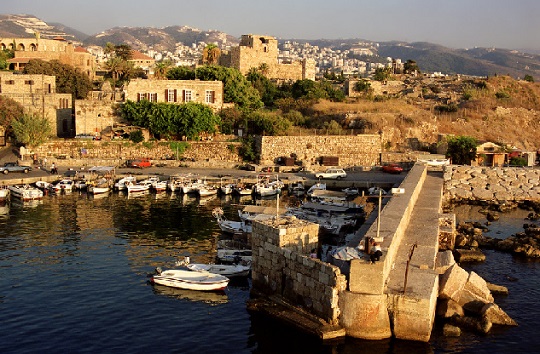 Who does not know Greece? Famous for its architecture, culture and mythology, Greece is the cradle of western civilization as many cite. The ancient heritage of the city of Athens is very much visible once you visit the country. Ottoman, Byzantine, and Roman civilizations left their imprints on the city as well in its 7000 year old history. Greece has been the home of world's most renowned philosophers, artists, painters and scientists as well. 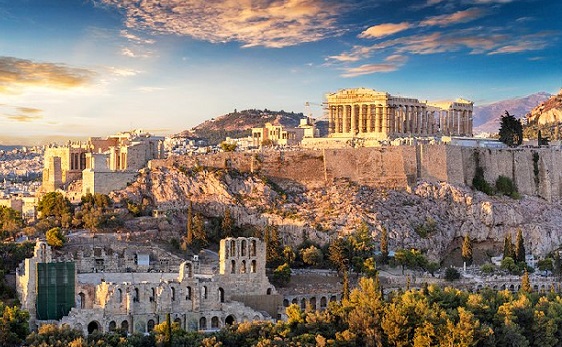 It no longer exists under the same name but Shush, teh small town in Iran is in the same site as the old city which maintains the continuity. This city dates back to 8000 BC when it was the capital of the Elamite Empire before being captured by the Assyrians. It was taken over by the Achaemenids Empire under Cyrus the Greek. Here the play of Aeschylus takes place which is anAthenian tragedy. It is the oldest play in the history of theatre. Sushan has a population of around 65000 people now. 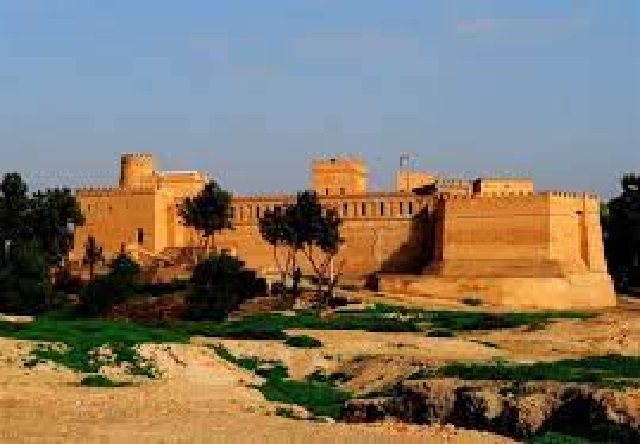 It is located north of Kirkuk in Iraqi Kurdistan. This place was owned by Assyrians, Persians, Sassanids, Arabs, and Ottomanson alternate and repeated basis. The major role it played was of being a stopover on the Silk Road. At the center of the city, rests the Erbil Citadel, also known as Hawler Castle which is an ancient structure that dates back to 2,000 B.C.

It's ancient citadel still overlooks the horizon. The city has modern malls, ancient sites, and is a UNESCO World Heritage site. 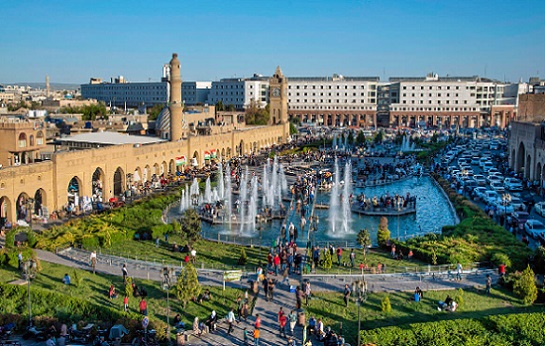 It is a 6000 year old civilized city which is still inhabited by people. It is situated 40 km from Beirut, Sidon and is one of the oldest Phoenician cities on Earth. Phoenicians were known for their skill in ship-building and navigating the Mediterranean Sea It is from here that the Mediterranean empire grew. It is said both Jesus and Saint Paul had visited the city and it was captured by Alexander in 333 BC. 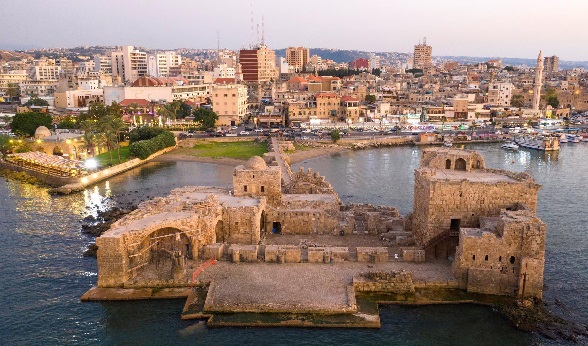 The city is 6000 years old. It happens to be the second largest city in Bulgaria and was originally fortified Thracian city. Later it became a large Roman city but then fell into the hands of Byzantines and the Ottomans. The ancient remains of the city include an amphitheatre, a Roman aqueduct and also Ottoman baths. It was captured by the Bulgarians in 815 AD. The name Plovdiv first appeared in the 15th century. 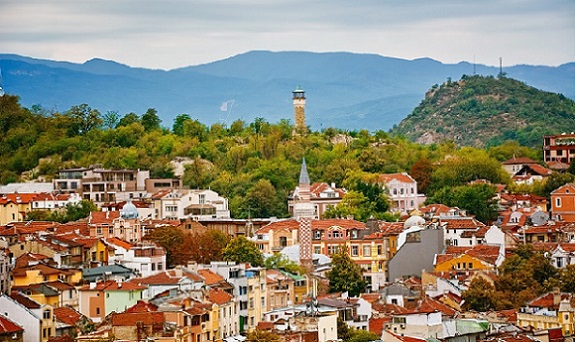 It happens to be the oldest city of India and home to the ancient civilization, religion and spirituality. It is considered to be the most holy city with the sacred river Ganges flowing through it. Varanasi, also called Benaras is the birthplace of the oldest religion of the world- Hinduism. It is located in the state of Uttar Pradesh and dates back to the 11th century BC. There are 2000 temples in the city including the famous Kashi Vishwanath temple dedicated to Lord Shiva. 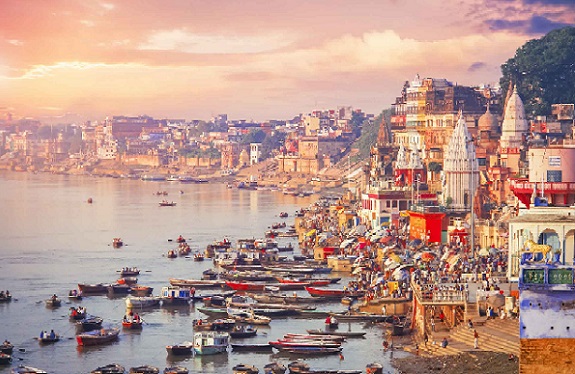