What is Cloudburst? Know the reasons, its effect on rains and about recent cloudbursts in India

Cloudburst happens when an extreme amount of precipitation occurs in a short period of time within a smaller geographical area. This article precisely describes what is cloudburst, how such clouds are formed and what causes them to burst. Also, know about flash floods here. 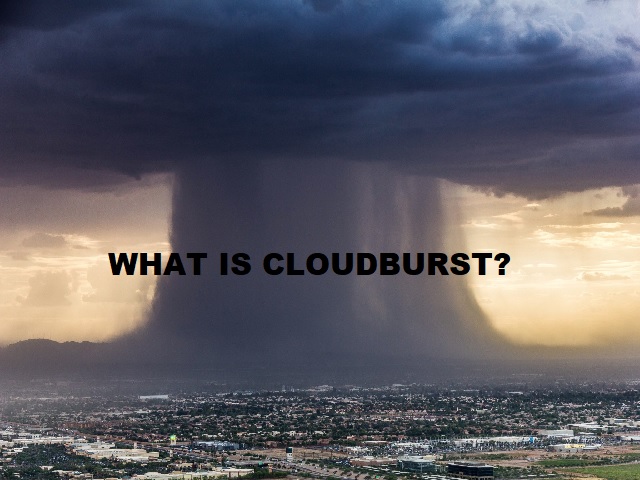 Cloudburst: Why in news?

Around five bodies have been recovered and more than 40 people have been reported missing after a cloudburst hit a remote village in Jammu and Kashmir's Kishtwar district on 28 July 2021. Around nine houses have been damaged due to the cloudburst.

Jammu and Kashmir has been receiving heavy rainfall for the past few days. The India Meteorological Department (IMD) predicted heavy rains in the coming days and put out a warning for the people to remain alert and cautious.

Earlier, a cloudburst occurred in Dharamshala leading to massive flash floods. Manjhi river has been flooded after a reported rainfall of 3000 mm. Take a look at the tweets below.

When you concretise an absolute beauty, receiving more than 3000mm of rainfall in Monsoon, where will the water go?
🎥Siddharth Bakaria pic.twitter.com/FZhJbNFCDx

Even the national highway near Jhakri in Rampur area of Shimla district was blocked due to rains. Himachal Pradesh has been witnessing an orange weather warning from the Met department for the coming week.

Rains are the blessings to all the living beings on the Earth because it is responsible for depositing most of the fresh water on the Earth and also provides suitable conditions for many types of ecosystems, as well as water for hydroelectric power plants and crop irrigation. The term "rainfall" is used to describe precipitation in the form of water drops of sizes larger than 0.5 mm.

Other forms are snow, drizzle, glaze, sleet, hail and cloudburst. But Global warming causes global changes in the precipitation pattern that’s why we keep hearing about clouds bursting every now and then, especially in the hills of North India.

Here, we are giving a detailed explanation of cloudbursts, how such clouds form and what causes the clouds to burst and release all the water at once for general awareness.

It is an extreme amount of precipitation in a short period of time to a small geographical area. Meteorologists say the rain from a cloudburst is usually of the shower type with a fall rate equal to or greater than 100 mm (4.94 inches) per hour.

Advantages and Disadvantages of interlinking Rivers in India

How does a cloudburst occur?

Cloudburst is basically a rainstorm and occurs mostly in the desert and mountainous regions, and in interior regions of continental landmasses due to the warm air current from the ground or below the clouds rushes up and carries the falling raindrops up with it. The rain fails to fall down in a steady shower, which causes excessive condensation in the clouds as new drops form and old drops are pushed back into it by the updraft. How is cloudburst different from rainfall?

Rain is condensed water falling from a cloud while cloudburst is a sudden heavy rainstorm. A report in the Down to Earth said a cloudburst is different from rain only in the amount of rainfall recorded. Rain over 100mm per hour is categorised as a cloudburst.

Hence, we can say the cloudburst is a natural phenomenon, but occur quite unexpectedly, very abruptly, and rather drenching. In the Indian Subcontinent, it generally occurs when a monsoon cloud drifts northwards, from the Bay of Bengal or the Arabian Sea across the plains than on to the Himalaya that sometimes brings 75 millimetres of rain per hour.