What Time Zones are used at the North Pole and South Pole?

The geographic poles of the Earth, i.e., North Pole and South are located where the line of longitude (Meridian) converges. Both the poles are located at the point where the Earth's surface and its axis intersect. In this article, we have discussed about ‘What Time Zones are used at the North Pole and South Pole?’ which is very useful for the competitive examinations like UPSC-prelims, SSC, State Services, NDA, CDS, and Railways etc.

The North Pole is in the middle of the Arctic Ocean, whereas the South Pole is on the continent of Antarctica. Hence, it is easy to mark South Pole because it is located on the land, but practically not possible to mark North Pole in the Ocean.

What is Time Zone?

The term ‘Time Zone’ is refers to the local time of a region or a country. A time zone can be defined as the region of the Earth that determines a standard time for several purposes, including commercial, legal, and social. In other words, the Earth is divided into the 24 regions (loosely divided by longitude) throughout which the same standard time is used.

This zone followed the boundaries of a country and its subdivision, so that every part of the country observes same time. This time zone on the land is counterbalance by the Coordinated Universal Time (UTC). It is determined by the lines of longitude (Meridian) that connect the North and South Poles, and divide the Earth through the imaginary lines into different time zones.

What do AM & PM stands for?

Time at the Geographic Poles 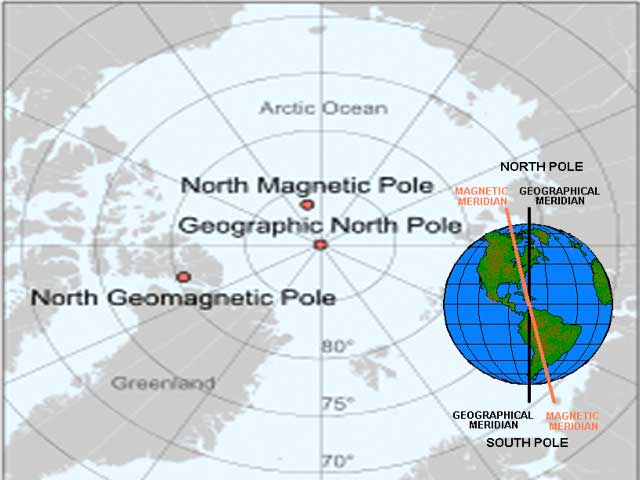 The local time of the any places on the land is determined by the lines of longitude which is synchronises according to the movement and position of the Sun in the sky. But this mechanism are not applied on the geographic poles because the Sun rises and sets only once in a year. Moreover, the South Pole is not able to receive the sunlight when the Sun is continuously above the horizon from the March until September.

How is the Time determined at the Geographic Poles?

Generally, explorers have takes the Greenwich Mean Time- GMT (It marks the starting point of every Time Zone of the time zone map) as base to determine the local time. Hence, we can say that GMT is used as the standard time against which all the other time zones in the world are referenced.

What is Military Time Zines?

Military Time Zone is also known as nautical or maritime time zones. There 25 military zones which are named according to the phonetic alphabet such as Alpha, Bravo, Charlie etc. These time zones are used in aviation, maritime and telecommunication. It follows the rule of one hour per 15 degree longitude.

Why International Date Line is not straight?