Where is Lonar lake and how was it formed?

Lonar Lake is located in the Buldhana district of Maharashtra. This lake is a notified National Geographical Heritage monument in India. Lonar Lake is 500 km from Mumbai in Buldhana district. Recently this lake was in the news because its water turned pink due to a reason. Let us discuss Lonar lake in this article and the reasons for change in the colour of its water. 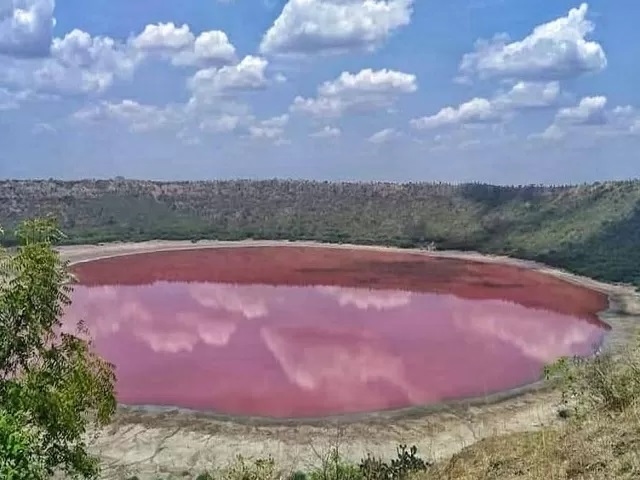 Lonar Lake lies within the only known extraterrestrial crater found within the Deccan Trap (which is a vast basaltic region in India). It was initially thought to be the mouth of a volcano, but later tests showed that the lake was formed by a comet or an asteroid hitting the Earth.

History and Formation of Lonar Lake:-

Lonar Lake is also called Lonar Crater. Its construction is believed to have taken place in the Pleistocene era around 35,000 to 50,000 years ago by the fall of a huge meteorite.

Gajanan Kharat, a member of the Lonar Lake Conservation and Development Committee, says that the water of this lake is saline and its PH level is around 10.5. According to Gajanan, there is no oxygen below one meter below the surface of the water, while this lake has algae and its water has also evaporated due to heat, which has increased its salinity.

In this way, water salinity and algae can be behind the water pinking. There is also a pink-colored lake in Australia whose colour is pink due to algae. 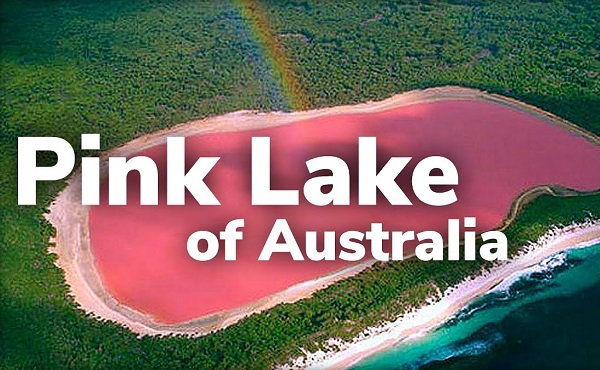 Apart from this, the scientific reason for this change in water colour maybe that fungi named Halobacteria and Dunonilla salina are found in Lonar lake due to which water may turn pink.

It may be that the rain caused by the ‘Cyclone Nisarga’ caused Halobacteria and Dunonilla salina fungi to sit at the bottom of the lake and the water colour had turned pink.

At present, we can’t predict the real cause behind the change in the colour of the lake. The truth will be known only after scientific examination.