What is World-Anti Nepotism Day and how it is related to Sushant Singh Rajput?

In remembrance of late actor Sushant Singh Rajput, his fans demanded June 14 to be observed as World Anti-Nepotism Day. 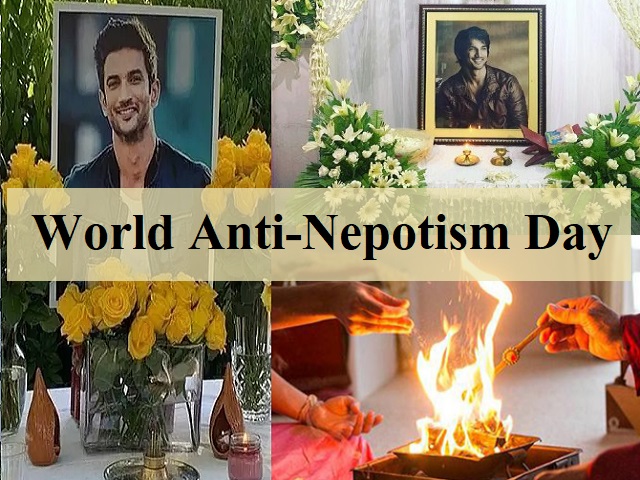 World Anti-Nepotism Day and its relation to Sushant Singh Rajput

On his first death anniversary, fans are paying tributes to the late actor with hashtags such as SushantJusticeMatters, Insaaf4SSR and more. The rage hasn't died even after a year with fans demanding to put an end to nepotism. 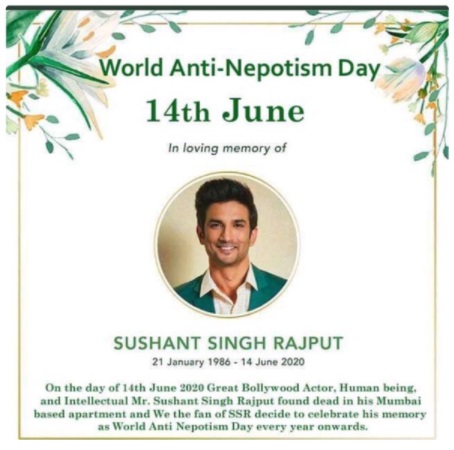 While nepotism exists in almost every field, it became glaring in Bollywood after Sushant Singh Rajput's demise. The actor was found dead on 14 June 2020 in his apartment in Mumbai. While CBI investigations are still underway, fans believe that his death was in reaction to efforts by Bollywood insiders to boycott him.

The term 'nepotism' is from the Italian word 'nepotismo' that is based on Latin roots 'nepos' meaning nephew.

Originated with the assignment of nephews to important positions by Catholic popes and bishops, nepotism is a kind of favouritism that is granted to relatives in various fields such as business, religion, politics, entertainment, and sports.

It has been widely criticized since ancient days and is in practice to date. Ancient Indian philosopher Valluvar condemned nepotism as both evil and unwise.