World Cancer Day 2021: It is observed on 4 February. It is the global uniting initiative led by the Union for International Cancer Control (UICC). According to WHO, 17 people die every minute from cancer in the world. Let us read more about World Cancer Day, its campaign theme, symptoms of cancer, and prevention. 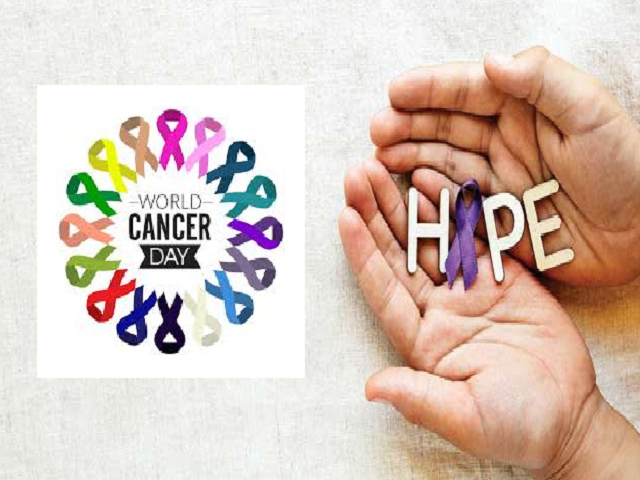 World Cancer Day 2021: According to WHO, 17 people die every minute from cancer in the world. Every year, World Cancer Day is observed with a particular theme. The day is organised by the Union for International Cancer Control (UICC). WHO has designed a guide to cancer early diagnosis. No doubt, detecting cancer early will effectively reduce the mortality associated with cancer.

Cancer is the second leading cause of death in the world. Various types of cancer occur but the most common cancers that affect people of India are lung, breast, cervical, neck, brain, and colorectal cancer.

It is the uncontrolled growth of abnormal cells anywhere in a body. There are several types of cancer, usually named for the organs or tissues where the cancers form. The world has the highest incidence of this disease.

In 2000, World Cancer Day was originated at the first World Summit Against Cancer and was held in Paris. At this Summit, several leaders of government agencies, and cancer organisations from around the world signed the Charter of Paris Against Cancer. It was a document of 10 articles that outlined a cooperative global commitment to improving the quality of life of cancer patients and to the continued investment in and advancement of cancer research, prevention, and treatment. Article X of the charter formally declared February 4 as World Cancer Day.

As per World Health Organization (WHO), if the incidence of cancer continues to grow at the reported rate, the number of deaths worldwide from cancer will increase to more than 16.3 million by 2040. Also, 40 percent of deaths from cancer are preventable according to WHO.

• UICC was established in the year 1993. It has its headquarters in Geneva. It is a membership-based organisation taking care of Cancer around the world and helping in medical research.

What is Glioblastoma or GBM Grade IV cancer?

Why is World Cancer Day celebrated?

At the same time, make people aware of how to identify the symptoms of cancer, educate people, as well as to prepare government and non-governmental organisations to help in fighting this deadly disease all over the world.

Not only this, the aim of celebrating World Cancer Day is to reduce the misconceptions about cancer and to help people in getting the right information about it. There are several myths related to this disease as people behave with cancer patients untouchable, they think that if people will live with cancer patients they will also get cancer. This day is celebrated to remove these kinds of social myths. Therefore, people must know how and what type of treatment is given to cancer patients. Cancer people have all the right to live like a normal person and they must feel self-respect and should get a normal environment in their home and society.

How is World Cancer Day celebrated?

Government and non-governmental organisations organise various camps, lectures, and seminars at every level throughout the world for the prevention of cancer. Several policies, control measures are implemented and people join the campaign in masses. The main target of the event is to spread a message to the common people about cancer. UICC provides a toolkit that consists of templates, leaflets, and direction of various organisations for better assistance. World Cancer Day event is celebrated every year with a particular theme to make it more result-oriented and to reduce the death ratio per year. In our country, too many campaigns are being run to save people from cancer. In India on 7 November Cancer Awareness Day is celebrated.

Every year, World Cancer Day is celebrated with a special theme. Some of the themes are as follows:

Cancer is a collection of diseases in which uncontrolled growth of cells starts, due to which trillion of cells is formed. As we know that human cells grow and divide to form new cells as per the requirement of the body. When cells become old or damaged, they die and new cells take their place. But in cancer, it does not happen. When in a body, cancer develops, cells become abnormal, old cells instead of dying, survive and when there is no need for new cells, then also developed. These extra cells divide and divide and grow into tumours.

Various types of cancer are there and the reasons for developing it are also different. If you are taking medicines for any serious illness, then due to the side effects of these medicines, you may get cancer, but there are some other reasons also like -
- Smoking
- Overweight
- Non-nutritious diet
- Tobacco Chewing
- Not doing exercise ... etc

- While eating difficulty in swallowing

- Uncontrolled lump of any kind in the body

- Flow of water or blood from any part of the body

- No long-term recovery of any wound

- Losing or gaining weight without any reason

- Feeling of tiredness or laziness all the time

It would not be wrong to say that awareness is the biggest thing to avoid a serious illness like cancer and to avoid cancer, it is also important to have a healthy lifestyle and food.

What is ‘High Grade’ Metastatic Cancer?

Important Days and Dates in February 2021