World Television Day 2020: It is observed on 21 November to highlight the daily value of television that it plays in communication and globalisation. Let us read more about World Television Day, how is it celebrated and history behind the celebration. 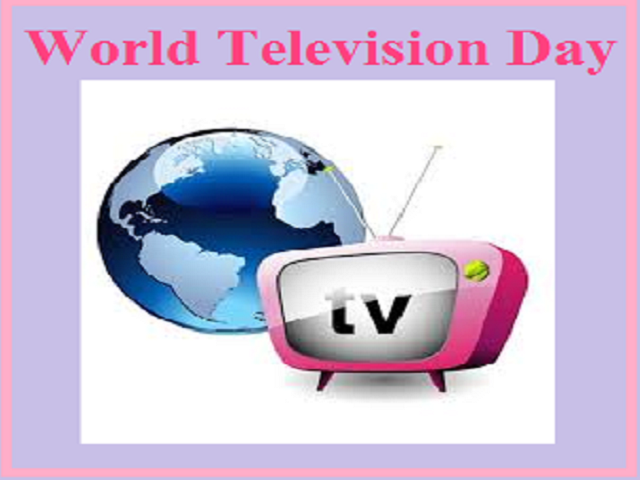 World Television Day 2020: Television is a mass medium that provides entertainment, education, news, politics, gossip, etc. It is a medium for transmitting moving images in two or three dimensions and sound. No doubt, it is a healthy source of both education and entertainment. It plays a crucial role in society by delivering information.

Due to the COVID-19 pandemic television viewership increases. Social distancing and work from home have changed life, people now spend time together with their families, take food together, watch their favourite movies or shows together. Nowadays, TV has taken a centre stage at homes for family bonding and entertainment.

On 21 November and 22 November, 1996, the U.N. held the first World Television Forum. It provides a platform and allowed the media to discuss the importance of TV in delivering information and also how it participating in the changing world. It is the single largest source of video consumption.

Therefore, UN General Assembly on 17 December 1996 through resolution 51/205 established 21 November as World Television Day to commemorate the date on which World Television Forum was held. It was done by seeing the impact of Television on the process of decision-making. Television is a major tool and so acknowledged in informing, channeling, and affecting public opinion. We can't deny its impact on world politics i.e the way it influences world politics.

History of Newspaper in India

Various people meet together and promote World Television Day including journalists, writers, bloggers who spread and share their views regarding the role of television through print media, broadcast media, and also through social media. In schools, several guest speakers are invited to talk about media and communication issues. They discuss topics like what is the role of television in our lives, how television promotes cultural diversity and a common understanding, how it provides a link between democracy and television, and also the role of television in social, political, and economic developments. To outline the importance of television to democracy, peace, and world stability, various conferences and lectures are held all over the world. This day also renews the role of governments, organisations, and individuals to support the development of television media in providing unbiased information about important issues and events that affect society.

To support the international news media and to reach audiences, the United Nations provides a suite of multimedia products and services by covering the work both at Headquarters and around the world. UN Videos are also produced for news, social platforms, and also for broadcast partners in six official languages including French, Spanish, English, Chinese, Arabic, and Russian, and also in Hindi, Kiswahili, and Portuguese. Breaking news, events, etc. are also shared with partners in raw packages by UNifeed which enables news providers to cover important global issues by offering timely broadcast video from throughout the system of UN. New stories are posted on the website of UNifeed as soon as they become available from the global network of UNB specialised agencies, funds and programmes, peacekeeping operations, and UN Headquarters.

Therefore, World Television Day is celebrated on 20 November to raise awareness among people about the role that it plays in communication and globalisation, make people informed, etc.