World Wildlife Day 2021: It is observed on 3 March to highlight the importance of flora and fauna on Earth. Let us read more about World Wildlife Day, its current theme, history, significance, and some facts related to wildlife. 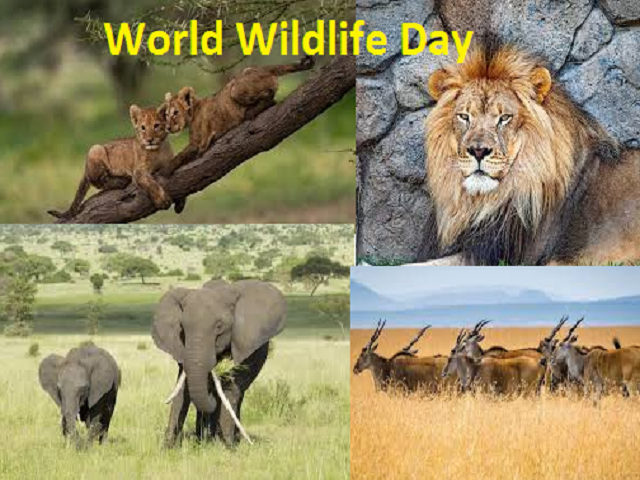 World Wildlife Day 2021: Around the world, between 200 and 350 million people live within or adjacent to forested areas and rely on several ecosystem services provided by forest and forest species for their livelihoods and also to cover their most basic needs like food, shelter, energy, and medicines.

Around 28% of the world's land surface is presently managed by indigenous peoples, including some of the most ecologically intact forests on the planet. These spaces are not only important to their economic and personal well-being but also to their cultural identities.

Forests, forest species, and livelihoods currently depend on them and find themselves at the crossroads of the various planetary crises we currently face due to climate change, biodiversity loss, and health, social and economic impacts of the COVID-19 pandemic. The day celebrates forest-based livelihoods and promotes forest and forest wildlife management practices that accommodate both human well-being and the long-term conservation of forests.

As we know that wildlife is facing threats due to human activities. Various challenges are faced by wildlife include loss of habitat, industrialized farming, commercial development, and overgrazing. Poaching and the trafficking of animals may also lead to risks to various species like tigers, rhinos, and elephants, etc.

The theme of World Wildlife Day 2021 is "Forests and Livelihoods: Sustaining People and Planet". The theme highlights the key role of forests, forest species, and ecosystem services in sustaining the livelihoods of hundreds of millions of people across the world mainly of indigenous and local communities with historic ties to forested and forest-adjacent areas.

The theme of World Wildlife Day 2020 was “Sustaining all life on Earth". It focuses on all wild animal and plant species as a component of the diversity and livelihoods of people mainly those who live closest to nature. It is also mentioned in the UN Sustainable Development Goals 1, 12, 14, and 15, and their focus on alleviating poverty, ensuring sustainable use of resources and conserving life on land and below water to maintain the loss of biodiversity.

The United Nations General Assembly (UNGA) on 20 December, 2013 in its 68th session proclaimed 3 March as the day of signature of the Convention on International Trade in Endangered Species of Wild Fauna and Flora (CITES) in 1973. It is observed as UN World Wildlife Day to raise awareness and celebrate the world's wild animals and plants.

The CITES Secretariat was designated as the facilitator of the observance of Wildlife Day on the UN calendar by the resolution of UNGA.

List of Ten Critically Endangered Species of Birds in India

The year 2020 is also known as a "biodiversity super year" and hosts various major global events that focus on biodiversity at the forefront of the global sustainable development agenda. It also provides an opportunity to deliver transformative for the conservation and sustainable development of wild animals and plants in response to global challenges that can be addressed with nature-based solutions.

According to the CITES Secretary-General Ivonne Higuero "Wildlife, namely the species of both wild animals and plants for the purpose of World Wildlife Day, is an integral part of the world’s biological diversity which has the greatest resonance with the general public. In the run-up to and on World Wildlife Day 2020 we will raise awareness of the multitude of benefits of wildlife to people, the interlinkages between the various components of biodiversity, and the threats they are facing. It is also a good opportunity to call on governments around the world, civil society, private sector, and individuals to add their voices and take actions to help conserve wildlife and ensure sustainable use before it’s too late”.

Let us have a look at some important projects of the Indian Government for Wildlife protection.

1. Project Tiger: In 1972, Project Tiger was initiated that not only focused on the conservation of tigers but also on the entire ecosystem. Ministry of Environment Forest and Climate Change sponsored this project. About 47 tiger reserves situated in more than 17 regions including Corbett National Park and Ranthambore National Park that conducts several assessments of a number of tigers, their habitat, hunting habits under the supervision of the Tiger Task Force. No doubt, Project Tiger helped in the recovery of the habitat and increase the population of the tigers.

2. Project Elephant: The government of India started Project Elephant in 1992 for conserving elephants and their habitat. They also focused to develop migratory routes with the help of scientific and planned management measures. This project also highlights the welfare of the domestic elephants and considering the issues like mitigation of human-elephant conflict.

3. Crocodile Conservation Project: For the conservation of crocodiles, the Government of India started a Project. As we know that the species of crocodiles are on the verge of extinction. The main objective of the project is to protect the remaining population of crocodiles and there to establish sanctuaries for protecting their natural habitat. It will also promote captive breeding, improve management, and also it will involve the local people in the project.

4. UNDP Sea Turtle Project: Wildlife Institute of India, Dehradun started the UNDP Sea Turtle Project with an aim to conserve the Olive Ridley Turtles in November 1999. The project focuses on 10 coastal states in India mainly Odisha where a map of breeding sites of Sea Turtles was prepared. Breeding places and habitats along the coastline were identified and migratory routes were taken by Sea Turtles.

Apart from these projects, the Government of India has started several other projects also including Vulture Conservation and India Rhino Vision (IRV) 2020.

At last, let us see the important Environment and Biodiversity Acts that were passed by the Indian Government.

Several international projects and schemes are also signed by India with its neighbouring countries.

Therefore, it is important to conserve wildlife and with the government, it is our duty also to protect flora and fauna and to take some measures related to it.

What are the steps taken for the Conservation of Wildlife?

Important Days and Dates in March 2021