Know here why Jakarta is called the fastest sinking city in the world? Explained below in the article are the reasons behind the sinking of Indonesia's capital and the ways to mitigate urban floods 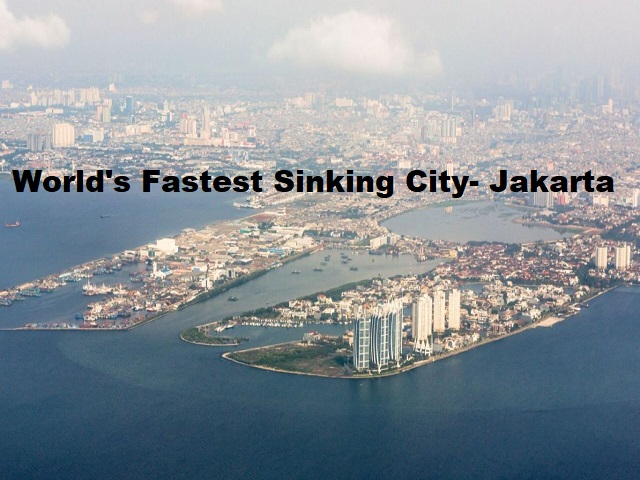 Jakarta, the capital city of  Indonesia is sinking bit by bit every year. The city has faced many urban floods too in the recent decade. In the article we would be discussing the reasons of flash floods and about Jakarta here.

Why is Jakarta called the Sinking City?

Reasons behind the sinking of Jakarta:

Related| What is a Glacial Lake? Causes, reasons and risks associated with Glacial Lake Outburst

The floods can be mitigated by plantations of mangroves in these areas of coastal plains. Mangroves are said to bind the land and hold water in the ground planted on. They have dense tangle of prop roots that make the trees appear to be standing on stilts above the water. Moreover, climate change must be controlled by controlling global warming. This would lead to controlled weather changes and rainfall. The better planning of the cities avoiding concentration near the resources can also be one of the solutions of controlled urban floods.

Also Read| All about Iron Ore Reserves and Production in India, new mines in Odisha and other details

What is Glacial Lake, reason behind glacial outbursts and flash floods

Jakarta's north coast has sunk more than 2.5 cm in past 10 years along with many other locations. It is expected to sink completely from the north by 2050.

There is a lot of buzz about Jakarta being unsafe but as such there has been no true reports for foreign travelers.

Where is Jakarta located?

Which is the fastest sinking city of the world?