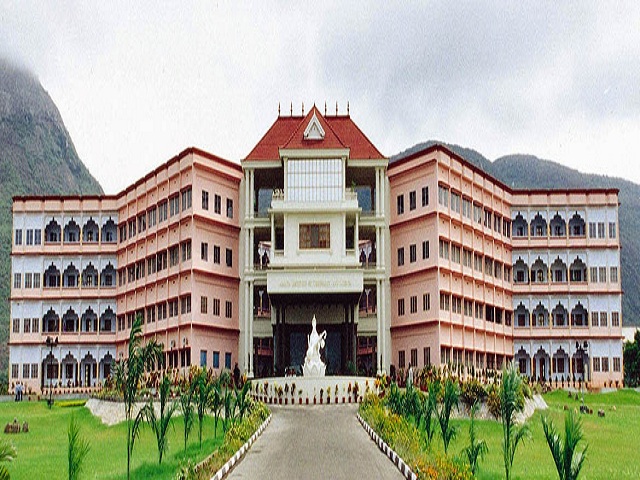 Amrita Vishwa Vidyapeetham is a multi-campus, multi-disciplinary research academia that is accredited 'A' by NAAC and is ranked as one of the best research institutions in India. Amrita is spread across six campuses in three states of India - Kerala, Tamil Nadu and Karnataka, with the headquarters at Ettimadai, Coimbatore, Tamil Nadu. Amrita Vishwa Vidyapeetham continuously collaborates with top US universities including Ivy league universities and top European universities for regular student exchange programs, and has emerged as one of the fastest growing institutions of higher learning in India. The institution is managed by the Mata Amritanandamayi Math.

The Mata Amritanandamayi Math is an international charitable organisation founded by the spiritual leader and humanitarian Mata Amritanandamayi Devi in 1981. The MA Math conducts charitable work including disaster relief, healthcare for the poor, environmental programs, and scholarships for impoverished students, amongst others. It also runs the six-campus Amrita Vishwa Vidyapeetham..