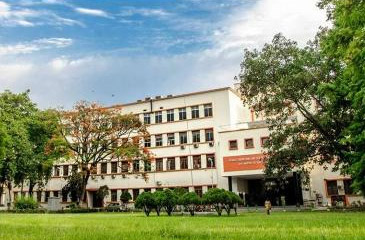 Indian Institute of Engineering Science and Technology (IIEST), Shibpur was established in 1856. The college was affiliated to Calcutta University in 1857. Back in 2004, the college then deemed university was converted to a full-fledged university by an act in West Bengal Assembly and was renamed to Bengal Engineering and Science University (BESU), Shibpur. In March 2014, the BESU was taken under the control of Government of India and converted into an Institute of National Importance through act of parliament and then was given its current name Indian Institute of Engineering Science and Technology, Shibpur.
Read More

#26Engineering and Technology81 out of 100
View Complete Ranking