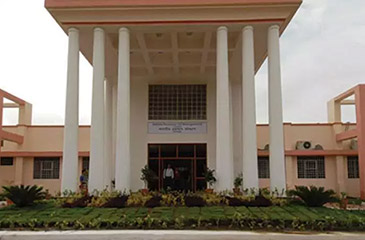 The proposal of establishing IIM Udaipur was approved in 2009 by the Indian Government and the Institute officially opened in 2011. In October 2016 IIM Udaipur moved to its permanent campus on 300 acres of land in the Balicha area of Udaipur which have been allocated by the Government of Rajasthan. Udaipur is the capital of the former princely state of Mewar which evokes the same sense of heritage, beauty and grandeur as such timeless destinations as Venice and Prague.
Read More

#20Business and Management86 out of 100
View Complete Ranking