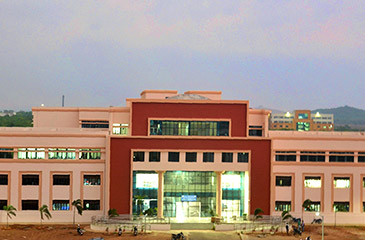 Indian Institute of Technology, Bhubaneswar came into establishment on July 22, 2008. It is a public engineering institute that was established by the Government of India in 2008. The IIT Bhubaneswar is one of the eight new IITs established by the Ministry of Human Resource Development (MHRD), Government of India. The prominent technology institute was the first amongst the new IITs to become complete operational with 40 students in each engineering disciplines namely, Electrical Engineering, Civil and Mechanical Engineering. IIT Bhubaneswar was accorded with the status of ‘Institute of National Importance’ by the MHRD from June 29, 2012. The institute admits students for admission into programmes such as B. Tech, M. Tech and PhD among others with four key departments: Engineering, Humanities, Schools and Science department.
Read More

#23Engineering and Technology84 out of 100
View Complete Ranking