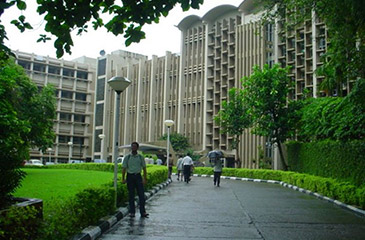 The Indian Institute of Technology, Bombay was established in 1958. It was the second IIT to be set up in the country after IIT Kharagpur. It was declared as the Institute of National Importance by the Government of India in 1961. Also, IIT Bombay was the first institute in India to be set up with foreign assistance. As per the MHRD's NIRF 2018 ranking, the institute has been ranked at No. 5 in the top management institutes in the country along with being the 2nd best engineering college in the country.

The campus is divided into a cluster of buildings out of which the academic area is the chief area on campus. It houses the main building along with various departmental annexes and the auditorium.

IIT Bombay is located in Powai, Mumbai. It is a fully residential campus and houses all its students in 16 student hostels each of which has its own in-house dining. The campus also offers the students with state of art facilities for sports and other recreational activities. The IIT B campus also houses two swimming pools, football, hockey and cricket grounds along with basketball, squash and volleyball courts. There is a student activity centre for various cultural and other extracurricular activities. Apart from this, the campus also houses two high schools one of which is a Kendriya Vidyalaya and the other is the IIT Campus School.

#1Engineering and Technology95 out of 100
View Complete Ranking