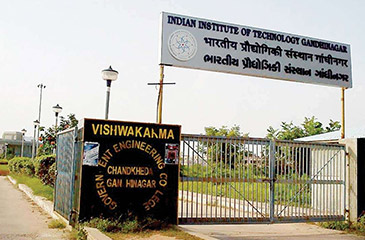 Indian Institute of Technology, Gandhinagar established in the year 2008 and is one of the eight new Indian Institutes of Technology to be set up by the Ministry of Human Resource Development. Like the others IITs, IIT Gandhinagar also has been declared as an institute of national importance. The first batch of students admitted to the institute was a group of 103 students divided into three engineering streams. IIT Gandhinagar has also been awarded the World Education Awarded in 2013 by the World Education Summit for its five week immersion foundation programme under innovations in engineering education.
Read More

#20Engineering and Technology86 out of 100
View Complete Ranking