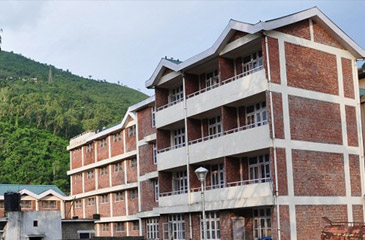 Indian Institute of Technology Mandi, (IIT Mandi) is one of the eight new IITs established by the Ministry of Human Resource Development, Government of India. It is an autonomous, premier engineering and technology university located in Mandi, Himachal Pradesh. IIT Mandi is mentored by IIT Roorkee. IIT Roorkee also hosted the first batch of students for IIT Mandi. Also, IIT Mandi became the first institute among all the new IITs to completely shift its B.Tech programme to its permanent campus.
Read More

#17Engineering and Technology87 out of 100
View Complete Ranking