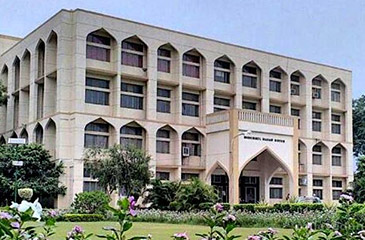 Established in 1920, Jamia Millia Islamia, Delhi became a Central University under an act of the Indian Parliament in 1988. Jamia, in Urdu Language, means ‘University’ and Millia means ‘National’. The University Grants Commission declared Jamia Millia Islamia ‘deemed to be University’ in 1962. The institute offers degrees in various discipline including Engineering & Technology, Natural Sciences, Education, Law, Social Sciences and Humanities & Languages. Besides its various disciplines, Jamia Millia has numerous learning and research centres such as Academy of International Studies and AJK- Mass Communication Research Centre. The institute is also marching ahead in different fields such as Information Technology (IT), it has started offering UG & PG programmes in IT. Moreover, Jamia Millia Islamia has extensive campus network that connects huge number of its offices and departments.
Read More

#32Engineering and Technology77 out of 100
View Complete Ranking