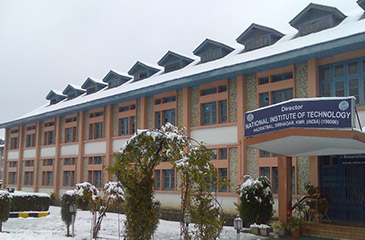 The National Institute of Technology Srinagar was formerly known as Regional Engineering College Srinagar. The institute was established in the year 1960 and is one of the eighteen Regional Engineering Colleges that were sponsored by the Government of India during the 2nd five-year plan. It has been granted the status of Deemed University and also the Institute of National Importance by the Government of India. It has attained full autonomy with respect to its academics although it still functions under the aegis of Ministry of Human Resource Development (MHRD), Government of India.
Read More

#86Engineering and Technology55 out of 100
View Complete Ranking