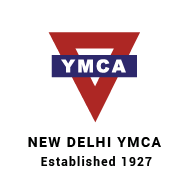 The New Delhi YMCA seeks is to assist and guide and empower New Delhi YMCA members and staff to accomplish the aims and objectives of the YMCA as enshrined in its Memorandum and Articles of Association, to ensure continuing relevance, and to help build a better Delhi.

The New Delhi YMCA founded in 1927, has established its credentials as a dynamic youth centric, service oriented movement in the city of Delhi. The organization structure reflects commitment to YMCA values, best practices in management and above all agility to change with time to stay relevant. The organization strives for human empowerment, harmony and high ethical standards.

We believe in empowering the youth and marginalised people by connecting human beings through creation of a 'Just and Equitable Society'. And this can only be done by taking into practice the 'Spiritual Strength and Welfare Orientation flowing out of the teachings of Lord Jesus Christ', and walking the path of his teachings through the following values in which we find our strengths.

The Young Men's Christian Association took roots in 1844 at the city of London in a post Industrial Revolution setting which saw large influx of village youth to the cities in search of employment.These young men were forced to work long hours and live in cramped unhygienic conditions. And thus fell an easy prey to the vices of a big city like London.

George Williams who worked in a drapery establishment - Hitchcock and Rogers - along with 12 like-minded young men decided to provide intellectual, spiritual and recreational avenues to youth going astray. Since similar situation prevailed in rest of the Europe, the youth got inspired and followed George William's example in their own cities. They encouraged each other through regular correspondence and thus the YMCA movement with an 'International Character' was born.

The World Alliance of YMCAs was founded in 1855 at its first World Conference, held in Paris. At that time, conference participants developed the YMCA's first mission statement, the Paris Basis.