A Friend in need is a friend in deed: Man takes Maths supplementary exam on behalf of friend, gets arrested 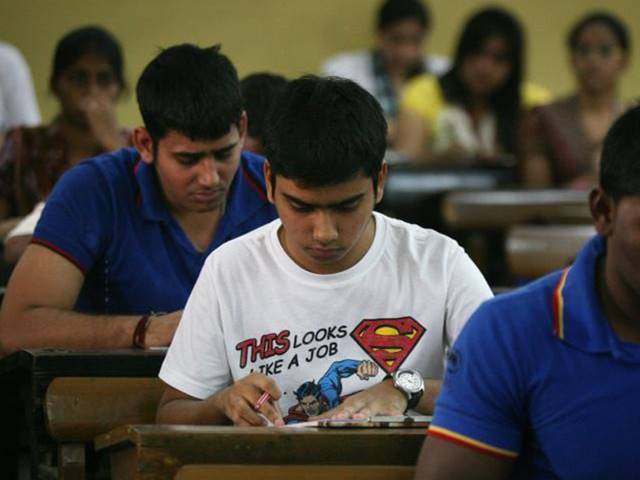 Upendra Rajghav, as identified by the Ghaziabad Police was arrested by the police on Tuesday, who was found taking a supplementary exam in place of his friend. The suspect arrived at the exam centre in KDB Public School to take the CBSE Class 12 Mathematics supplementary exam held on Tuesday. On the basis of the complaint filed by Examination Centre Superintendent, the Ghaziabad Police booked Upendra under IPC section for cheating and imposed provisions of UP Public Examinations, Prevention of Unfair Means Act, 1998.

As per the eye witness Centre Superintendent Nivedita Rana, when all the candidates were seated in their seat, one exam invigilator got skeptical of Upendra as he did not resemble the photograph pasted on the identity card. Rana also added CBSE invigilator was also present at the examination centre where the officials went to take a closer look at the suspicious candidate. The candidate was questioned several times but he declined the allegations and defended the same by saying the photograph on the ID card was old. After which he was allowed to take the Mathematics supplementary exam.

While he was allowed to write the exam, the exam invigilators in order to conduct a background check called Upendra's’ school teachers, fortunately, the school teachers did not recognize the person taking the exam on behalf of his friend- Rahul Goswami, as mentioned on the hall ticket. She also added the man was persistent and took the exam when the invigilator's team decided to call the original candidates ‘father. When the father arrived, Upendra addressed him ‘papa’ to which the father declined to recognize the suspect as his son.

The suspect at the end accepted the allegations and informed he had appeared on behalf of his friend- Rahul Goswami, who wanted to clear the Maths supplementary exam at any cost. The suspect will be produced in court post which he will be sent to jail, as per SHO Kavi Nagar police station, Rajkumar Sharma