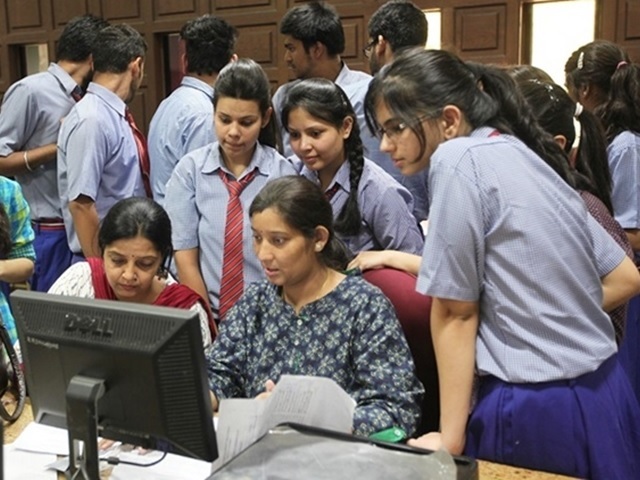 The Basic Mathematics subject which was introduced by the Central Board of Secondary Education for the class 10 board examination 2020 is becoming highly popular among students appearing for the exam. The board has earlier on approved the proposal to introduce Basic Mathematics for the students appearing for the class 10 board examination who do not wish to take up the subjects in class 11 and 12.

As per reports, the option of Basic Mathematics has been a success among the students. As per reports from the different CBSE schools, 50 percent of the students of class 10 have opted for Basic Mathematics. However, the exact number of enrollment has not been confirmed yet. While addressing the media a senior teacher from a school in Delhi NCR said that the trend of students opting out of mathematics subjects is catching up.

However, the move of having two mathematics papers has been received differently by a few of the teachers. While a section of teachers believe that Basic Mathematics is setting a wrong lead, others believe that it is a step towards improving the examination standards in the country. One of the teachers has stated that although they are not against the idea of providing the students with the power of choice, what is worrying is the increased number of students opting out of the subject. The students are choosing not to try which is a bit troublesome.

Another teacher has however accused the schools of pushing the students towards Basic Mathematics. Although the choice of picking Basic or Standard mathematics lies in the hands of the students and parents, the schools are not putting an effort to make their decision otherwise. Basic Mathematics looks like a good option for them to improve their overall results in the board examinations.

Many experts on the other have praised the move as a step towards improving the exam standards. The option of Basic Mathematics is a step towards improving the overall exam standards of the country as it has been using the same benchmark to measure a student’s potential. It is for the first time that the board has paid attention to the fact that no two students are similar. Basic Mathematics will give the students freedom from the stress of trying to match up with the others.