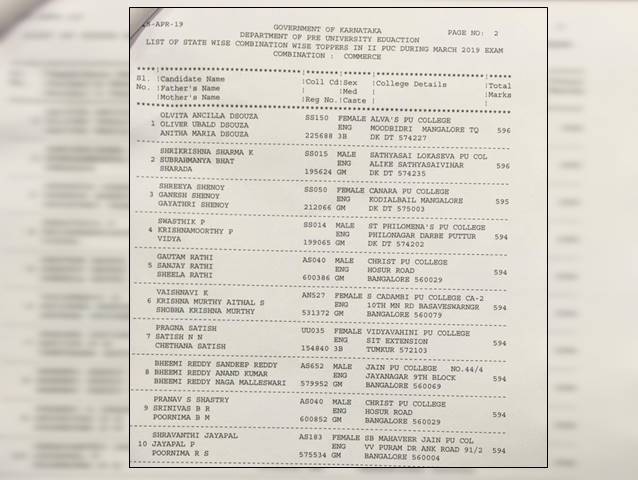 Karnataka 2nd PUC Result 2019- With the Karnataka 2nd PUC Result 2019 declared students have found a reason to celebrate. As per the early reports, the overall pass percentage this year stood at 61.73%, a jump of 2 percent from the previous year. The girls have once again outperformed the boys this year with respective pass percentages being . This year the 2nd PUC examinations were taken by over 6.6 lakh students and among these students these are few students who have excelled the Karnataka Board exams. JagranJosh brings to you such students who have displayed path-breaking performances in their respective streams.

Many websites and media agencies have been reporting wrong names and details of the toppers. To ensure that students get the correct and verified information about merit list, we have also included the images of the physical copy of the Karnataka PUC Result 2019 Toppers Merit List released by the DPUE, Karnataka.

The Department of Pre University Education, Karnataka has declared the list of stream-wise toppers for the Karnataka 2nd PUC Result 2019. The same is listed below:

For the science stream, all the top three ranks have been dominated by students from Bangalore City. The First rank went to Rajath Kashyap who scored 594 marks followed by Divya K with 593 marks. 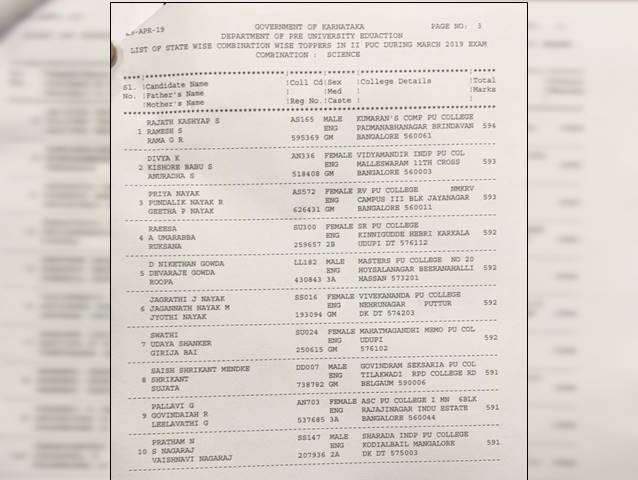 In the Commerce stream, the 2nd PUC Exam 2019 was topped by Olvita Ancilla D’Souza from Mangalore district and Srikrishna Sharma from Sathyasai Vihar, with both scoring 596 marks.

In the Arts Stream, the toppers merit list was dominated by students from Bellary with 9 students from the district featuring into the top 10 list. The list was topped by Kusuma Ujjini who scored 594 marks followed by Hosamani Chandrappa, Nagaraj and Omesha S; all three of whom scored 591 marks. The names of other toppers in the top 10 list are given below: 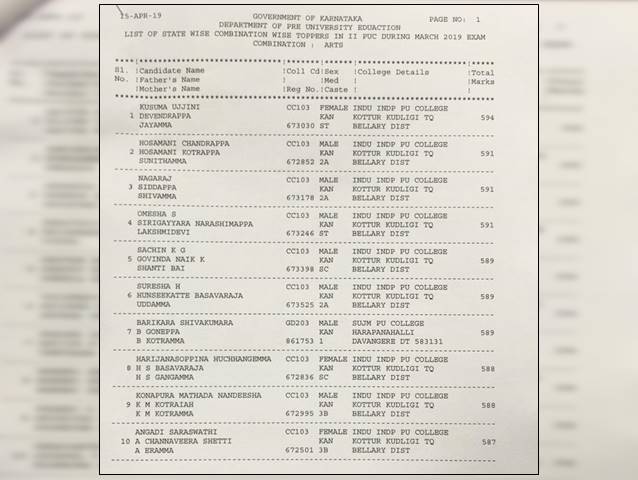 Along with declaring the Karnataka PUC Result 2019 for Class 12 students, the Board also announced the key highlights. The highlights were announced in the press meet held at the DPUE headquarters in the Bangalore. The same are listed below: