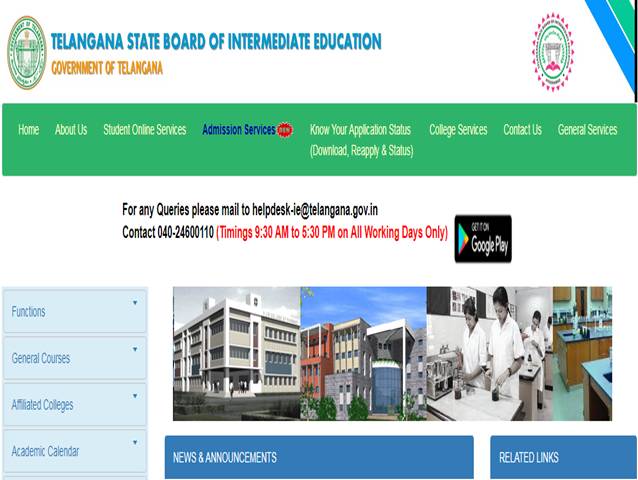 TS Intermediate Exam: The Telangana state is again in news. This time, the issue is the old one that of the suicide of the students of intermediate exam. It is evident that many students committed suicide after the declaration of the class 12 result in Telangana. The students did so as they were upset with the marks that they got in the exam. The students were sure that they had done well in the exam and despite all the hard work, they could not get good marks. It was not because of their failure to perform in the exam but due to the alleged irregularity in the evaluation process.

It is important to know that the suicides of the students were taken up with a great uproar and many organisations joined the movement and protest against the board. Even, the High Court of Telangana had to interfere in this. The matter was so severe that CM of the state ordered a probe into this and ordered the board to provide revaluation to the students free of cost. Now, after some time, the Supreme Court of the country has admitted a special leave petition in this regard. The petition has been filed by the child rights body Balala Hakula Sangam (BHS).

Earlier, the Hyderabad High Court has given a clean chit to the board in this matter. The petition was filed by the BHS which was dismissed by a division bench of HC. The HC stated that the board cannot be held responsible for minor mistakes which came to the fore after re-verification. The BHS challenged the decision of the HC in the SC as they were not happy with the decision. Now, the SC will hear the case on August 23, 2019.