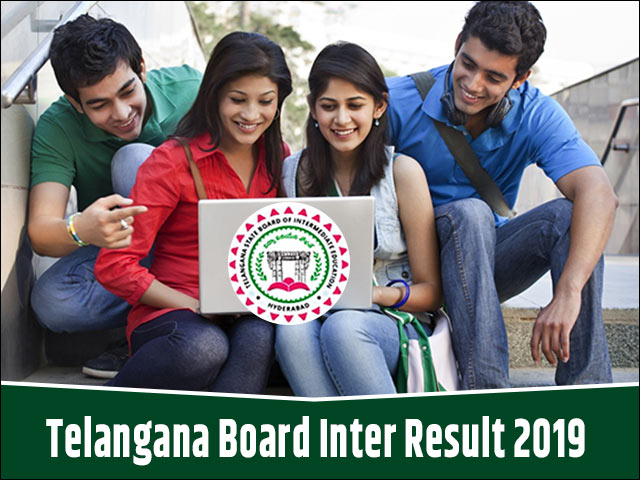 TS Inter Results 2019: Telangana’s BJP president K Laxman on Saturday said that the party has planned to meet with the Union Home Minister Rajnath Singh and others in the capital over the alleged mix-up in the declaration of the intermediate examination results. Laxman called off the indefinite fast taken on the issue on Friday following an appeal by the BJP president Amit Shah and Home Minister of Telangana Hansraj Ahir.

Laxman who was discharged from Nizam’s Institute of Medical Sciences (NIMS) on Saturday was admitted in the hospital on April 29, 2019, hours after the fast was launched. However, he continued his fast in the hospital. The state party unit intends to move ahead by preparing an action plan which includes consoling the parents of the deceased students, giving confidence to parents, meeting union home minister Rajnath Singh in Delhi and also the president.

The BJP also has plans to meet the National Human Rights Commission (NHRC) over the police detention of the BJP workers and use of force to suppress the agitation by students and organizations like the ABVP, he added.

Laxman says that the protest which was started by the BJP on April 15, 2019, against the injustice to the students has seen no response from the state government as it was 'dictatorial and autocratic' government.

Asserting the fact that the BJP will stand by the students and parents he appealed to the students not to take any extreme steps. He also took the opportunity to lash out at the TRS working president KT Rama Rao over his comments that the opposition parties have involved in ‘cheap politics’.

Hansraj Ahir on Friday stated that the state government is not taking the matter seriously as to why more than three lakh students failed among the eight lakh students who appeared for the examination.

Ahir also mentioned that the centre would check the technical issues of the matter and look into the possibility of conducting a CBI inquiry if the state government fails to take up the issue. He also added that the party does not interfere in the work of any state government but they cannot leave the students and parents in the dark.

Laxman started his fast with demands which included terminating the education minister G Jagdeesh Reddy, suspension of the secretary of the Board of Intermediate Education (BIE), a judicial inquiry into the whole matter and paying a compensation to the families of the students who committed suicide. The BJP also called in for a state-wide bandh on the issue on Thursday.

The CPI activists, on the other hand, held a protest on Saturday on the results released. According to sources, close to 9.74 lakh, students appeared for the intermediate examination in March and close to 3.28 lakh students were declared failed.

The BJP claims that almost 25 students killed themselves after the declaration of intermediate results on April 18, 2019. The problem in the declaration of the results by the BIE has led to a widespread protest by students along with their parents and student organizations and the political parties across the state.

A few of the students and their parents claim that even meritorious students have scored low marks in the intermediate examinations.  Errors such as non-display of practical examination marks for certain geography students and the error by examiners along with the mistakes of other degree have been brought to light since the announcement of results.

A three-member committee which is appointed by the state government to look into the issue has pointed out certain shortcomings in conducting the examination and has suggested remedial measures for the same.