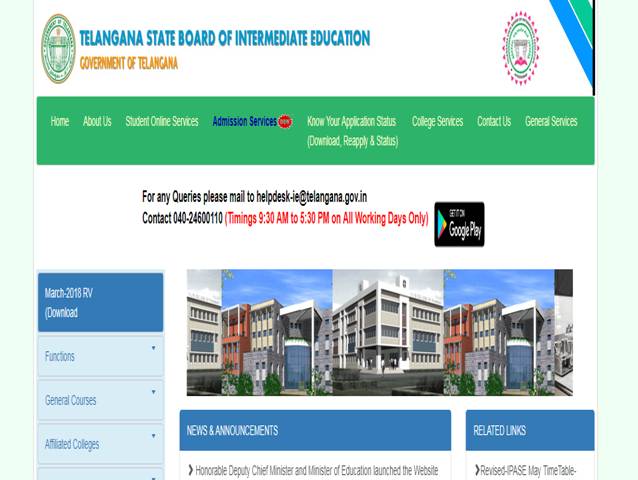 The TS Inter Results 2019 was released in April 2019 which saw a lot of criticism and protests from parents and students and political parties across the state as close to 3 lakh students and more were declared failed due to administrative glitches. The revaluation results of the TS Inter result 2019 were declared on May 27, 2019.

After the TS Inter result 2019 were declared in April 2019, the board has made important arrangements in terms of the revaluation of the answer sheets. Approximately 19 students committed suicide in the past two months after more than three lakh students were declared failed in the TS Inter exams 2019. As per reports, the officials from the Telangana Board two agencies are involved in the preparation process of the results which is under the supervision of JNTU.

The official while addressing the media said that all efforts are being made to release the TS Inter Supplementary Results 2019 for the second year supplementary examinations after July 8, 2019. The first year results will be released within 3 to 4 days from the declaration of the second year results. The Board is also planning to complete the entire result declaration process in the coming 10 days, he added.